Rowdy Fellow is in demand. The recently released Telugu movie Rowdy Fellow stars Nara Rohit and Vishakha Singh in the lead roles. The film has garnered a lot of interest from other film industries. 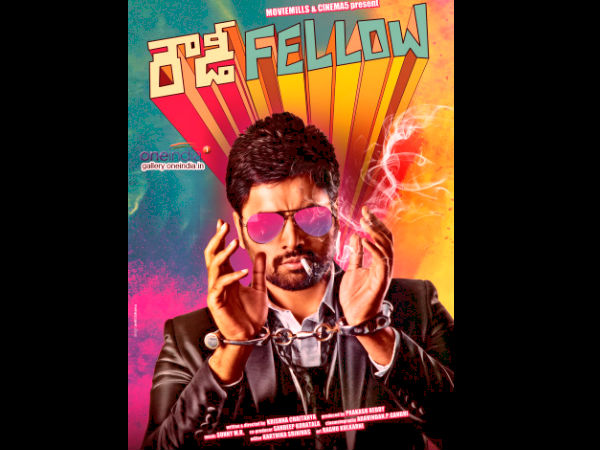 According to an insider, many producers and filmmakers are contacting the team, to acquire the remake rights for attractive prices. There are many filmmakers in Bollywood like Prabhu Deva, Rohit Shetty and Boney Kapoor who have always preferred to pick up films which are commercial. Thus, there are speculations that Rowdy Fellow, will be soon remade in Hindi.

Baanam and Solo fame Nara Rohit has garnered good appreciation for his stylish and rough cop role played in the movie. The story revolves around him and he is the highlight of the movie. It has completed two successful weeks at the box office collecting 14.42 crores.

Rowdy Fellow is one film that is making news being a moderate hit at the box office in 2014. The movie is doing well across the country. Vishakha Singh plays a female lead actress in the action-love entertainter and she is best at her performance.

Rowdy Fellow is the directorial debut of lyricist Krishna Chaitanya under the banner of Moviemills. The film is one among few recent films which has focused on both elements in equal proportions.