Last year, the dashing Jr NTR became the talk of the town for all the right reasons when his eagerly-awaited film Jai Lava Kusa opened to a terrific response at the box office and managed to impress all and sundry. Directed by Bobby AKA KS Ravindra, it featured the 'Young Tiger' in a triple role and served as strong proof of his abilities as an actor. With Jai Lava Kusa in the rearview, Jr NTR is currently in the limelight because of his latest release Aravinda Sametha.

The Trivikram Srinivas directorial hit the screens on October 10, 2018, and opened to a solid response at the box office. Nearly two weeks after its release, the film is set to create a new record. Here is the complete report.

According to a leading website, Aravinda Sametha's 2-week share at the Karnataka box office stands at Rs 9.03 Crore. The film has outperformed Ram Charan's Magadheera(Rs 9 Crore) and Rangasthalam(Rs 8.61 Crore) and proved that Tarak is the choice of ‘Gen Y'

Will Aravinda Sametha Outperform Khaidi No 150?

The Chiranjeevi starrer Khaidi No 150 had ended its box office run with a share of Rs 9.2 Crore in Karnataka. Aravinda Sametha has slowed down a bit, however, it is still the top choice of Telugu audience. As such, it might be able to beat the Megastar's film in the days to come and set a non-Baahubali record.

The phenomenal response to Aravinda Sametha effectively established Jr NTR has Tollywood favourite ‘Mass Hero' and this indicates that he is way ahead of his contemporaries. The success of Aravinda Sametha is also likely to help Trivikram Srinivas put the Agnyaathavasi debacle behind him.

The Naga Chaitanya starrer Savyasachi is slated to hit the screens on November 2, 2018. And, it is likely to open on a decent note. As such, one can Aravinda Sametha to end its box office in the next few days on a very good note. 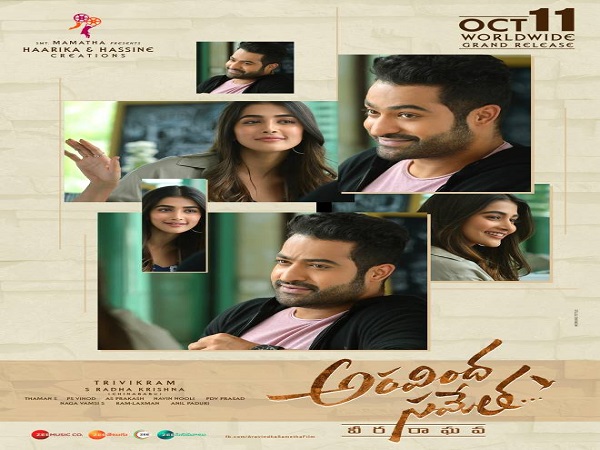