It is no secret that Naga Chaitanya is one of the most successful young actors in the Telugu film industry today. Fondly called the 'Yuva Samarat', the heartthrob enjoys a reasonably strong fan following thanks to his stunning looks, sincere performances, cool nature and impressive versatility as an actor. During a reasonably eventful career, Chay has starred in quite a few notable films and this has helped him find a firm footing in the industry.

At present, he is in the limelight because of his latest release Savyasachi. The thriller hit the screens yesterday(November 2, 2018) and it seems to have opened on a good note at the ticket window. Here is the complete box office report.

According to the latest trade estimates, Savyasachi collected nearly Rs 4.50 Crore at the AP/TS box office on Friday and got off to a pretty decent start. It did reasonably well at the international box office as well. And, this helped it take the Day 1 box office collections to Rs 11 Crore.

A Crucial Release For Chay

Naga Chaitanya's previous release Shailaja Reddy Alludu did not live up to the expectations and turned out to be a big disappointment for the Chay Army. Savyasachi is a crucial release for the young actor and he will be hoping that it helps him bounce back in style. In other words, the film has to stay strong in the days to come.

The general feeling is that Savyasachi is a decent film, however, it does not live up to its full potential. Apparently, the screenplay is not god enough and this acts as a major hindrance. Similarly, some people have always pointed out that Maddy has not been utilised properly. As such, the WOM is quite mixed. And, this might create problems for the film in the coming days

Being the only major Telugu film to hit the screens this week, Savyasachi is likely to stable over the weekend and rake in a good amount. However, the mixed the WOM might slow it down on Monday(October 5, 2018). 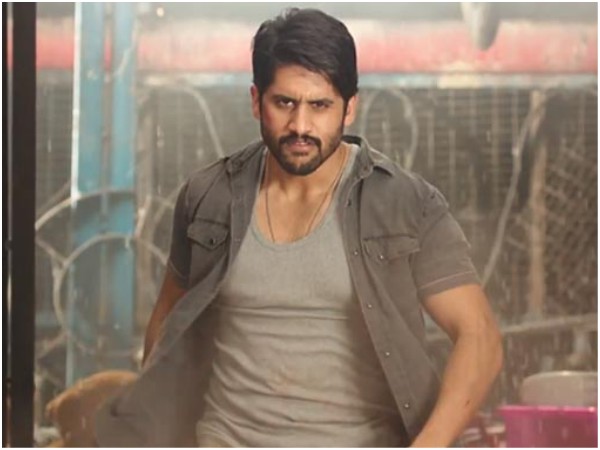 Savyasachi Review: A Supposed Great Flick That Turns Out To Be Just Good!