Last year, Anushka Shetty proved that she is the undisputed 'Lady Superstar' of Telugu cinema when Bhaagamathie opened to a thunderous response at the box office and became a hit. The film, featuring the powerhouse actress in a spooky and intense avatar, created a great deal of buzz amongst fans due to its effective presentation which helped it exceed expectations. With 2018 in the past, Anushka is currently gearing up to begin work on Silence. Now, the actress is in the limelight for a sweet reason.

In a heart-warming development, the Baahubali 2 actress took to Instagram and remembered her assistant Ravi who had passed away seven years ago. In her emotional post, she said that he was a 'beautiful soul' who would always live on in her heart.

"Those who love never truly leave us ,Harry.There are things that death cannot touch"........The Past 14years has been quite a journey ... when u realise the people closest to u are no more a part of ur life all I can say is they take a part of u with them ...it's been 7 years and it still keeps me wondering a beautiful soul (Ravi I have no clue of the afterlife but he always live in my heart."

Anushka began her Tollywood career with 2005 release Super and added a new dimension to her career. Thereafter, she acted in popular films such as Rendu, Vikramarkudu and King, and proved her mettle. It was, however, Arundhati that propelled her into the big league. In 2017, she became a national phenomenon when Baahubali 2 shattered all records and redefined the tenets of Telugu cinema.

At present, she is set to begin work on Silence which will see her act opposite Madhavan. She might also be seen playing a short but important role in Sye Raa Narasimha Reddy which features Chiranjeevi and Nayanthara in the lead. 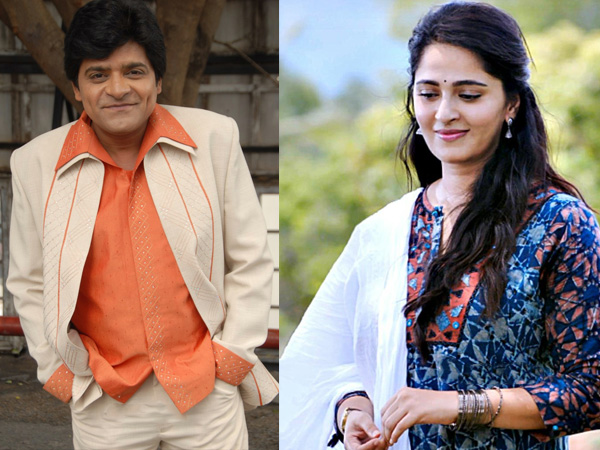