There's no denying that 2019 has been a pretty terrible year for Balakrishna so far. This Sankranti, he suffered a setback when NTR Kathanayakudu bombed at the box office and ended up being a disaster. The film, revolving around NTR's contribution to the film world, lacked a mass connect and this proved to be its downfall. In February, NBK suffered another big blow when NTR Mahanayakudu sank without a trace and became the biggest flop of the veteran actor's career. The film was not promoted properly and this sealed its fate.

With the embarrassment behind him, Balakrishna is set to team up with KS Ravikumar for a mass entertainer and this has created a great deal of buzz amongst movie buffs. Now, here is an unexpected update about the film.

According to reports, the Balakrishna and KS Ravikumar movie is going to be titled Kranthi. Surprisingly, this has upset Nandamuri fans big time as they feel that Kranthi is a soft title and does not have a 'mass' feel to it. Most fans said that something like Ruler would have done justice to NBK's mass hero image.

Interestingly, KS Ravikumar and the 'Nata Simha' had previously collaborated for Jai Simha that did well at the box office and clicked with the 'aam janta', which seems to have raised one's expectations from their new film.

Let us see if this dissatisfaction with the title forces the makers to take corrective measures.

On a related note, Balakrishna was originally supposed to team up with Boyapati Srinu after the NTR biopic. However, post the Vinaya Vidheya Rama debacle, he decided to team up with the Muthu director instead.

Meanwhile, Prashanth Varma recently said that he would like to do an experimental movie with NBK and this seems to have taken fans by surprise.

So, do you think that Balakrishna and KS Ravikumar's movie needs a new title? Tell us in the space below. 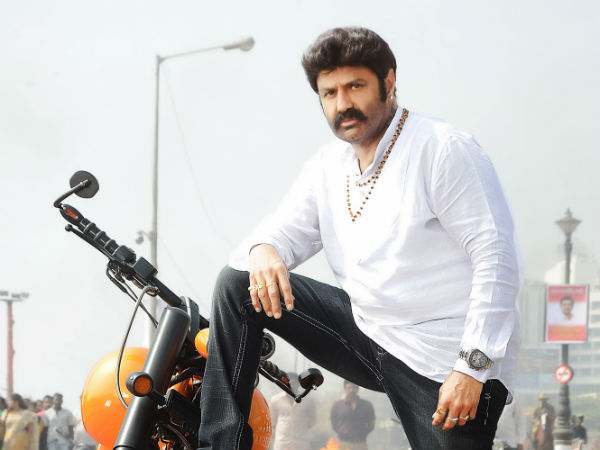 Is This How Balakrishna Treats Women In Real Life? Actress Makes A Big Revelation