Update: Rahul Sipligunj has emerged as the winner of Bigg Boss Telugu 3 much to the delight of his fans. He had quite an eventful stay in the house.

The Nagarjuna-hosted Bigg Boss Telugu 3, which has redefined the tenets of the tellyworld, is set to conclude tonight (November 3, 2019) with a grand finale, to be aired on Star MAA. During the episode, 'King' will be announcing the winner and this has piqued the curiosity. Recently, it was reported that Rahul Sipligunj had beaten the other finalists (Sreemukhi, Varun Sandesh, Baba Bhaskar, and Ali Reza) to big the big prize, and this created a great deal of buzz amongst fans. Now, Nagarjuna has reacted to these rumours and asked his 'followers' to ignore such reports.

"It's here!! The final day of of shoot for the #BiggBossTelugu3 and it's been an incredible journey!! It's going to be LIVE!! do not believe any scrolls, winner updates out there in the social media. Catch the Winner this evening LIVE on @StarMaa," (sic) tweeted Nagarjuna.

As expected, Nagarjuna's post took social media by storm, resulting in some surprising reactions.Here, we present before you some of the top tweets.

Nag sir it is declared by few news papers also that Rahul siplingunj is going to win!!!! We all voted for best contestant sir.. But unfortunately they are loosing the title.... Is only being genuine makes a winner??? Terribly disappointed by the decision sir!

In case, you did not know, Bigg Boss Telugu 3 started off on a terrific note, taking things to the next level. It, however, ran out of steam soon, failing to appeal to a wider audience. Nagarjuna too received flak for allegedly doing a half-hearted job. In fact, at one point, some fans even requested the channel to replace the Manam hero with Ramya Krishna, who had hosted a special episode of the show. It remains to be seen if Nagarjuna reacts to the criticism on tonight's episode, slencing his detractors in style.

So, who will win Bigg Boss Telugu 3? Tell us in the space below. 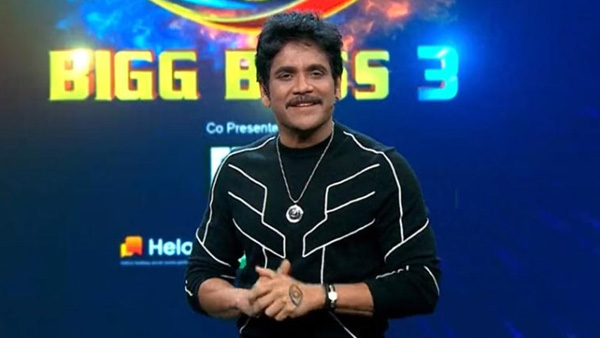