Last year, actor Sai Dharam Tej suffered a big setback when Inttelligent and Tej I Love You flopped at the box office while failing to impress critics. To make matters worse, even 'Mega fans' did not find the films to be too impressive which proved to be an embarrassment for the 'Supreme Hero'. With the debacles behind him, he is currently in the limelight due to his latest release Chitralahari which hit screens yesterday (April 12, 2019) and opened to mixed reviews. Now, the film has fallen prey to piracy.

In a shocking development, Chitralahari has been leaked online by Tamilrockers and is available for ‘free download'. The leaked version is reportedly of ordinary quality. Needless to say, the leak is completely unacceptable and might ruffle a few feathers

As expected, the leak has upset fans big time with most of urging their fellow movie buffs to refrain from accessing/downloading the leaked version. Some of them have also requested authorities to take strict action against those behind the leak

Box Office Collections To Be Affected?

Chitralahari, which did a pre-release business of nearly 14 crore, is a crucial release for Sai Dharam Tej and has the potential to make or break his career. The film needs to have a good first weekend in order to have any chances of finding success. As Chitralahari has been leaked online, its box office collections are likely to be affected big time.

Tamilrockers is infamous for leaking new movies within hours of their release. F2, NTR Mahanayakudu and Yatra are just some of the movies that fell prey to piracy due to the gang. Tamilrockers has also leaked Bollywood films like Zero and Total Dhamaal and proved that it is a bigger threat to the industry than one could have imagined.

Chitralahari, directed by Kishore Tirumala, revolves around the life of a young man who a complete failure in life and touches upon his attempts at redeeming himself. The film features Kalyani Priyadarshan and Nivetha Pethuraj as the female leads. 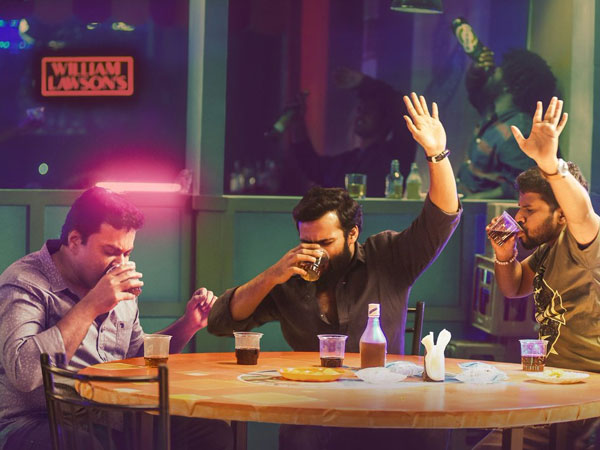