Some time ago, it was reported that actress Rakul Preet had sold her Hyderabad flat and purchased one in Bengaluru. A few sources even claimed that the Kick 2 beauty was on the verge of quitting Tollywood and this created a great deal of buzz among movie buffs. Now, the young lady has reacted to these rumours and termed them as mere gossip. She has also asked certain sections of the media to focus on 'real news' and stop speculating.

"I wonder where the so call journalists get news from and who their totally uninformed sources are. When I bought my house in Hyd it was presumed to be gifted and now I hear I have sold it to buy one in Bangalore. All I would say is STOP SPECULATING and get some real news out," (sic) she tweeted.

These are some strong words and prove that the 'Punjabi Kudi' has no plans of bidding adieu to Telugu movies in the near future.

On the professional side of things, Rakul was last seen in the Bollywood flick Marjaavaan, which seems to have exceeded expectations at the box office. She is currently working on the highly ambitious Indian 2, directed by Shankar. The film, a sequel to the 1996 hit Indian/Hindustani, stars Kamal Haasan in the titular role and this has piqued the curiosity. A while ago, the diva had said that she enjoyed working with the veteran actor.

"I cannot reveal about the role yet but I had a great time working with Shankar sir and Kamal sir. I hope Indian 2 creates the same magic that Indian did. Kamal sir is India's finest actor. I think he is the only actor who has done a variety of roles. So, imagine what all we will get to learn from him, she had told a leading website.

Rakul also has a film with Tamil star Sivakarthikeyan in her kitty. 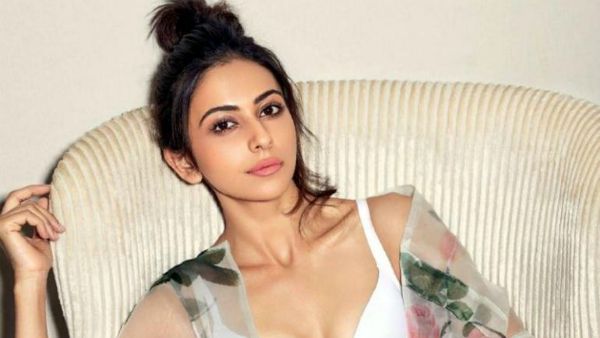 Rakul Preet Singh Opens Up About Her Journey In Bollywood