Gone are those days when actresses used to give up their studies for the sake of films. Yes, there have been some actresses who had to give up studies due to the busy schedule of works. But nowadays, celebrities have often made it a point not to give up the education. We have seen many Telugu actresses stepping into films after completing their graduation. However, not everyone knows about the educational qualifications that our talented actresses behold. On this note, here, we take you through some of the top Telugu actresses and their educational qualifications. Read on to know more about the same.

Samantha Akkineni, the much-loved actress of the Telugu cinema has a degree in Bachelor of Commerce. Reportedly, she completed her graduation from Stella Maris, which is one of the prominent colleges in Chennai.

Kajal Aggarwal, who has been a prominent presence in the Telugu film industry had done her graduation in mass media. She has a degree in Bachelor of Mass Media and completed her graduation from KC College in Mumbai.

It might be unknown to some that Anushka Shetty, who is one among the top actresses of the South Indian film industry, has a degree in Bachelor of Computer Applications. Reportedly, she did her graduation from Mount Carmel College, Bangalore.

Tamannaah, the actress who has etched her presence in the film industries of various languages, did her graduation in BA from National College, Mumbai via distance education.

Shriya Saran, the much popular actress of Indian cinema, has a degree in BA Literature. The actress did her undergraduation from Lady Shri Ram College For Women, Delhi.

Rakul Preet Singh, who is now a popular actress in Bollywood as well, has a Mathematics Honours degree. She did her graduation from Jesus And Mary College, which is affiliated to the University Of Delhi.

Shruti Haasan, the highly popular actress, holds a degree in Psychology. According to reports, she completed her undergraduation in Psychology from St. Andrews College, which is located in Mumbai.

Sai Pallavi is definitely one of the most educated actresses around in Indian cinema. It is known to many that she is a doctor by profession. She completed her medical studies from Tblisi State Medical University, Georgia.

Actress Ritu Varma, who shot to fame with her phenomenal portrayal of the lead character in the movie Pelli Choppulu, is a BTech graduate. She did her college education from Malla Reddy Engineering College, Hyderabad.

Raashi Khanna, the actress who has now etched a place for her own in the Tamil film industry as well, completed B.A in English from Lady Shri Ram College for Women. 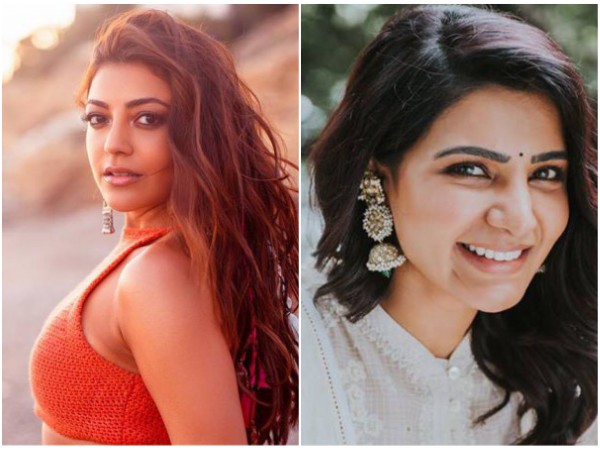 READ: Top 10 Telugu Actresses On Instagram: Not Kajal Aggarwal Or Samantha But This Actress Tops The List!