Last year, the bold and beautiful Ileana D'Cruz returned to Telugu cinema with Amar Akbar Anthony and gave her fans a reason to rejoice. Sadly, the film turned out to be a failure of epic proportions which sank without a trace. To make matters worse, the Goan beauty too did not make much of an impact with her performance. Now, it seems that she is set to bag her next Tollywood movie.

According to reports, the Kick beauty might soon be roped in to play the female lead opposite Manchu Vishnu in the Dhee sequel to be helmed by Srinu Vaitla. Apparently, he initially wanted to cast Rakul Preet as the female lead but changed his mind for reasons best known to him.

If this indeed happens, it might upset the Spyder girl's fans big time while sending Ileana's supporters into a state of frenzy.

In case you did not know, Dhee was a popular romantic-comedy that hit screens in 2007 and emerged as a success. The film featured Manchu Vishnu and Genelia D Souza in the lead.

Meanwhile, Ileana currently has the Bollywood movie Pagalpanti in her kitty. Touted to be a romantic-comedy, the film will see her act alongside Arshad Warsi and Sanjay Dutt. On the other hand, Rakul currently has NGK and De De Pyaar De in her kitty. 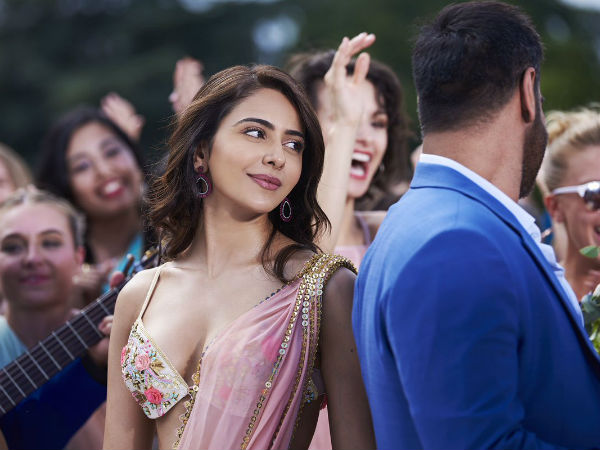 Rakul Preet's Bold Photos Go Viral: Did She Have A Wardrobe Malfunction? Deets Inside