Last year, Nani received a big setback when his much-hyped Krishnarjuna Yuddham opened to a lukewarm response at the box office and failed to live up to expectations. His next release Devadas too did not do as well as expected which left fans heartbroken. With 2018 behind him, the 'Natural Star' is currently in the limelight owing to his latest release Jersey which released on April 19, 2019. 11 days after its release, the sports-drama is on the verge on breaking even. Here is the complete report.

According to reports, Jersey has collected Rs 25.09 crore at the worldwide box office in 11 days and emerged as the top choice of the target audience. The film did a pre-release business of Rs 26 crore which means it is set to break-even.

The general feeling is that the film would have fared better had it not released alongside the horror-comedy Kanchana 3. The Raghava Lawrence starrer completely dominated Jersey in the opening week especially in the B and C centres and created a big problem for it. Unlike Jersey, Kanchana 3 has some solid mass scenes and punch dialogues and this has made the difference.

Despite its less than stellar run at the ticket window, Jersey has impressed fans and celebs alike. Shortly after the film's release, 'Young Tiger' had praised it for being an 'emotional roller coaster'.

"#Jersey is an outstanding film that took me on a roller coaster ride. Hats off to Gautam Tinnanuri for choosing such a subject and executing it with conviction and brilliance. Kudos to the cast and crew who excelled and supported Gautam's vision," he had added.

Jersey is likely to reach the break-even point in a few days before ending its run on a decent note. While the film has not turned out to be as successful as expected, it marks Nani's return to form which makes it an unforgettable affair for his fans. Enough said! 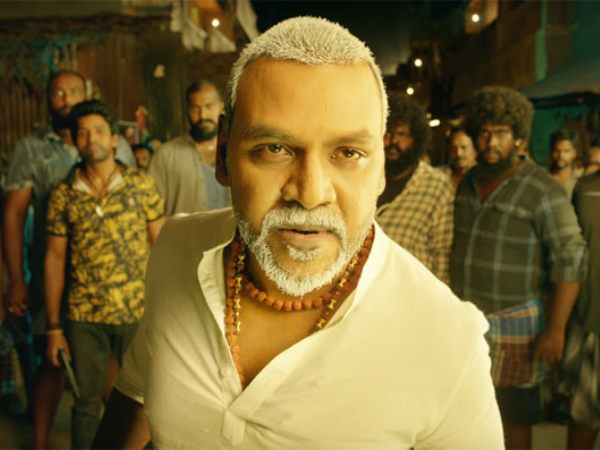 Kanchana 3 Twitter Review: Here's What The Audiences Feel About The Movie!