It is no secret that the lovely Kajal Aggarwal is one of the most sought-after and successful stars in Tollywood today. The stylish diva is held in high regard thanks to her charming looks, bindass nature and ravishing personality. During what has been a good career, Kajal has worked with some of the most respected stars in the industry and this has helped her prove that she is an A-lister in the truest sense. Now, here is some awesome news for the Temper beauty's die-hard.

A few photos from her latest photo shoot are going viral and turning up the heat big time.

Here is a lovely photo from the shoot in which Kajal is seen redefining the meaning of grace and making fans go weak at the knees. She truly is an expert when it comes to stealing the show

The diva's elegant body language and imploring expressions are the biggest highlights of her stunning look in this snap. Kajal is someone who is quite good at carrying off a ‘desi' look like a boss. It is perhaps because of her grace and beauty that is one of the most popular South stars on social media.

A Year Of Mixed Fortunes

Interestingly, 2018 was a year of mixed fortunes for the Mersal beauty. She tasted success with Awe which received rave reviews from all corners. The film, produced by actor Nani, also featured Eesha Rebba and Nithya Menen in the lead. Kajal also made an impact with her performance in MLA which fared better than expected. However, her last release of the year Kavacham underperformed at the box office.

At present, Kajal is awaiting the release of Paris Paris which is a remake of the Bollywood hit Queen. In it, she will be seen playing the role essayed by Kangana Ranaut in the Hindi version. She also has Sita and Kamal Haasan's Indian 2 in her kitty 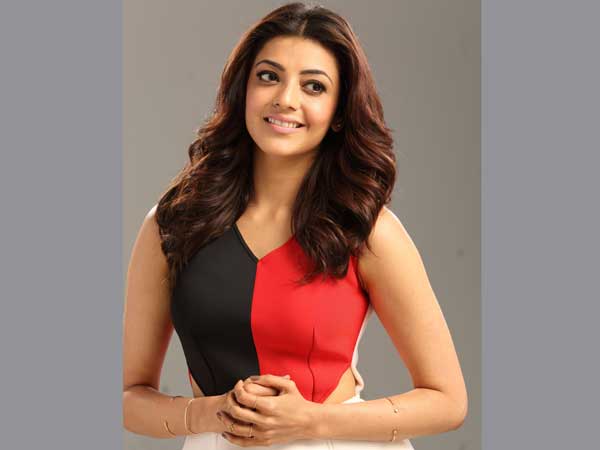 Did Kajal Aggarwal Just Confirm That She Has Found Her Prince Charming?