The bold and elegant Kajal Aggarwal is beyond any doubt one of the most sought-after and charming young actresses in Tollywood today. A seasoned performer in her own right, she enjoys a strong fan following due to her ravishing looks, bindass nature, sweet screen presence and glamorous on-screen image. During her impressive career, the Punjabi beauty has worked with biggest names in the industry and this has worked wonders for her. Now, here is some terrific news for Kajal's die-hard fans. In an exciting development, a few lovely photos of the Mersal beauty are going viral and turning up the heat.

In this fabulous click, Kajal is seen redefining the meaning of grace and making countless young men go weak at the knees. Her innocent expressions are hard to miss!

Kajal At Her Charming Best

Here is another glam photo of Kajal which might create a great deal of buzz amongst movie buffs. Her imploring expressions add a new dimension to her stylish avatar and up its recall value big time. She sure knows to steal the show!

Interestingly, 2018 was a year of mixed fortunes for Kajal. She impressed with her performance in Awe which fared better than expected. Her other big release MLA too exceeded expectations. Unfortunately for her, Kavacham under-performed at the box office while failing to impress critics.

Kajal is currently awaiting the release of Sita, slated to release on May 24, 2019. The film, directed by noted director Teja, marks her second collaboration with Kavacham co-actor Bellamkonda Sreenivas. She also has Jayam Ravi's Comali and Paris Paris in her kitty. She had also signed Indian 2, however, its status is unclear. All in all, Kajal has plenty to look forward to this year which bears testimony to her popularity. 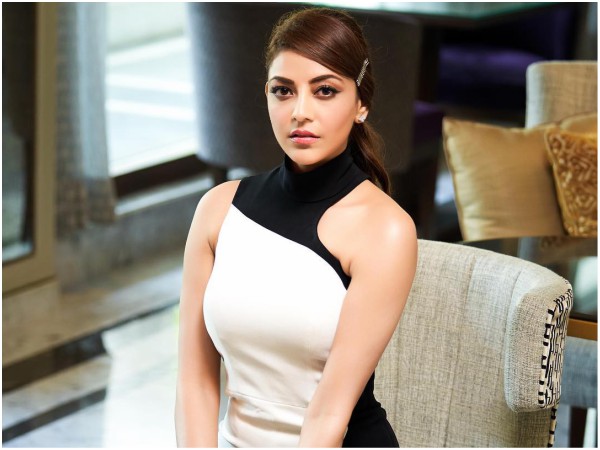 Kajal Aggarwal Gets Trolled By Her Fans For A Shocking Reason; Deets Inside!