Ram Gopal Varma, one of the most controversial names in Tollywood, is going through a bad phase on the professional front. His previous release Officer, featuring Nagarjuna in the lead, proved to be a box office dud that received negative reviews from all corners. At present, he is in the limelight due to his latest release Lakshmi's NTR which hit screens today (March 29, 2019). The film, featuring P Vijay Kumar and Yagna Shetty in the lead, revolves around the relationship between 'Anna Garu' and Lakshmi Parvathi and is one of the most controversial releases of 2019. Now, just hours after its release, Lakshmi's NTR has fallen prey to piracy.

In a shocking development, Lakshmi's NTR has been leaked online by Tamilrockers and is available for 'free download'. The leaked version is reportedly in HQ and this has ruffled a few feathers.

Needless to say, RGV fans have condemned the leak and asked movie buffs to refrain from downloading/accessing the pirated version. Some of them have even urged those in power to take strict action against the people behind the leak. Let us hope that movie buffs take note of their requests and say no to piracy.

Will The BO Collections Be Affected?

Lakshmi's NTR has been shot against a budget of Rs 5 Crore and needs to have a good run at the box office in order to be a success. As the full movie has been leaked online, the collections are likely to be affected big time which might upset the makers big time.

Tamilrockers is infamous for leaking new movies within hours of their release. NTR Kathanayakudu, Vinaya Vidheya Rama and Yajamana are just a few of the recent releases that fell prey to piracy shortly after hitting theatres. The infamous gang has also leaked Bollywood biggies such as Thugs of Hindostan and Total Dhamaal much to the shock of countless fans.

Those in authority have previously taken steps to curb piracy and send out a strong message to those behind the illegal act. Similarly, the likes of Vijay Deverakonda and Mahanati star Dulquer too have asked fans to take a stand against piracy. While these developments have made things a bit better, the problem still persists. Stricter laws seem to be the need of the hour. 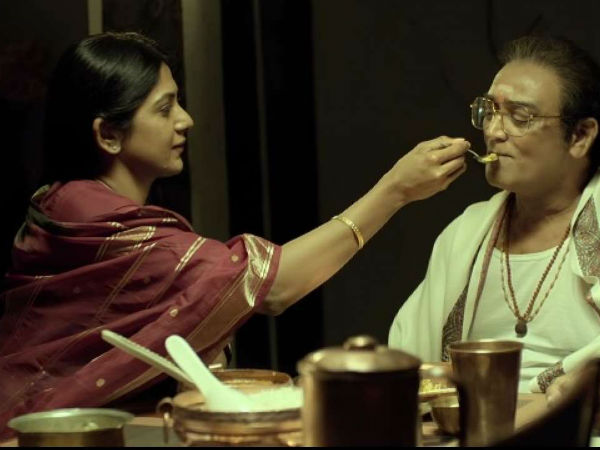