Some time ago, it was reported that Sukumar had been roped in to direct Chiranjeevi in the Telugu remake of the Malayalam hit Lucifer and this created a great deal of buzz amongst fans. Now, it seems, the plan has gone for a toss. According to reports, the Rangasthalam filmmaker has refused to direct 'Megastar' and asked him to find a new director. The grapevine suggests, Sukumar is not okay with directing a remake as it comes with quite a few 'creative limitations'.

Sukumar's Creative Urges Got In The Way?

Sukumar usually prefers writing fresh scripts rather than tweaking someone's work. It seems, this preference too encouraged him to say no to the Lucifer remake. Either way, the general feeling is that he should be respected for working on his terms.

Sukumar has, however, made it clear that would love to work with Chiranjeevi in the near future if the Sneham Kosam hero decides to do an original movie. As such, there is no bad blood between the two.

A Busy Time For Sukumar

Meanwhile, Sukumar is set to begin work on a film with 'Stylish Star' Allu Arjun, being referred to as 'AA 20'. The film was originally supposed to be made with Mahesh Babu, however, 'Prince' decided against doing it, which ruffled a few feathers.

"Due to creative differences, my film with Sukumar is not happening. I wish him all the best on the announcement of his new project. Respect always for a film maker par exellence. 1 Nenokkadine will remain as a cult classic. Enjoyed every moment working on that film," (sic) Mahesh Babu had tweeted while announcing his decision.

On the other hand, Chiranjeevi was last in the highly ambitious Sye Raa Narasimha Reddy, which underperformed at the box office. He will soon be teaming up with Koratala Siva for a message-oriented movie, being referred to as Chiru 152. The film reportedly has Trisha as the leading lady, which has piqued the curiosity. 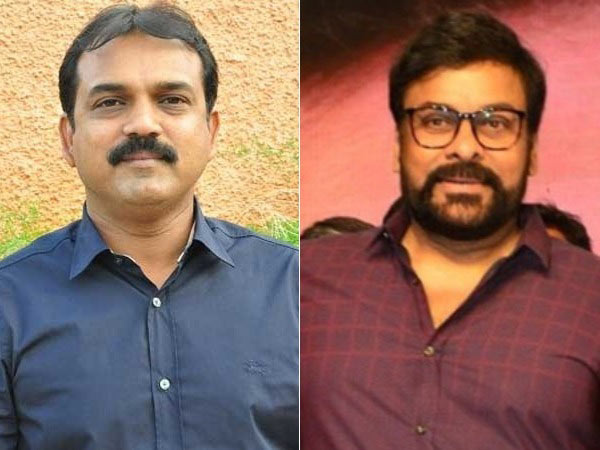 Chiru 152: Chiranjeevi And Koratala Siva's Movie Gets A Classy Title?