As far as fans of Telugu cinema are concerned, Mahesh Babu is a name that needs no introduction at all. 'Prince', as movie buffs like to call him, is held in high regard due to his charming personality and gripping screen presence. During his career, he has acted in several popular films this has established him as a force to be reckoned with. At present, Mahesh Babu is in the limelight due to his latest release Maharshi which hit screen s on May 9, 2019 and opened to a good response at the ticket window. ]

The film, directed by Vamshi Paidipally, is doing pretty well at the box office and is set to emerge as a big hit. Here is the Maharshi box office report.

Maharshi continued its good run on Friday (May 17, 2019) and raked in the moolah at the AP/TS box office. Its 9-day share is likely to be around Rs 63 crore which is an impressive figure.

The film is also doing well at the Guntur box office much to the delight of countless fans. It raked in nearly Rs 13 lakh on Day 9 and remained the top choice of the audience. Its 9-day share stands at Rs 5.87 crore which is quite remarkable.

Another Hit For ‘Prince’

Last year, Mahesh Babu became the talk of the town for all the right reasons when Bharat Ane Nenu opened to a good response at the box office and became a hit. With Maharshi, the ‘Super Star' is all set to get his second consecutive hit and this bears testimony to his star power.

Maharshi is likely to remain the top choice of movie buffs this week as well. Allu Srish's ABCD, which hit screens yesterday (May 17, 2019), has not taken an impressive start at the box office due to the mixed reviews. As such, it is unlikely to create any problems for Mahesh Babu's movie over the weekend. 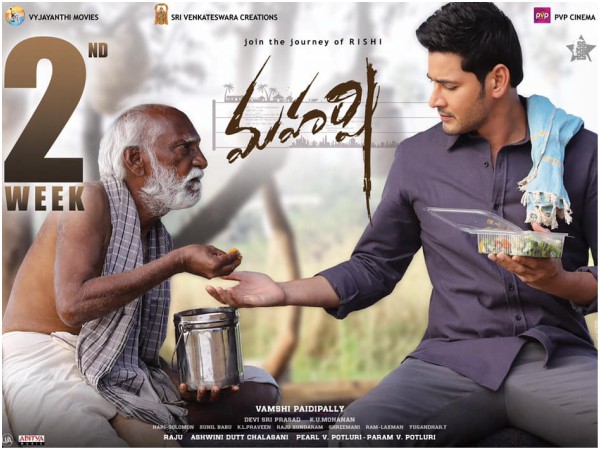 Maharshi's Box Office Collections In This Area Has Left Everyone SHOCKED & DISAPPOINTED!