Maharshi, the 25th film of Mahesh Babu's career, hit screens on Thursday (May 9, 2019) and opened to a terrific response at the box office while receiving decent reviews. The film, directed by Vamshi Paidipally, collected nearly Rs 24 crore at the AP/TS box office on Day 1 itself which created a great deal of buzz amongst fans. Thereafter, it remained rock solid over the weekend much to the delight of the 'Prince' army. Now, nearly two weeks after its release, Maharshi is still the top choice of the target audience. Here is the complete report.

According to latest trade estimates, Maharshi collected a share of Rs 1.58 crore at the AP/TS box office on Day 13 and remained fairly stable. Its 13-day share stands at Rs 71.04 crore which is a good figure. The film needs to collect another Rs 5.96 crore to break-even.

The movie is, however, struggling in Ceded and has failed to make an impact. Its 13-day share stands at nearly 9 crore, a thoroughly underwhelming figure. The film needs to collect a further Rs 3 crore in order to break-even which seems to be a difficult task.

He's The Man To Beat

Last year, Mahesh Babu became the talk of the town when Bharat Ane Nenu opened to a good response at the box office and became a hit. With Maharshi, he has delivered his second consecutive hit and force that he is a force to be reckoned with.

The general feeling is that Maharshi is a reasonably entertaining movie but it fails to reach its full potential due to its weak screenplay and predictable plot. As such, the WOM is mixed. However, this does not seem to have affected Maharshi too much.

As ABCD has failed to click with fans, Maharshi is likely to remain the top pick of movie buffs in the coming days and this might help it stay strong for some more time. 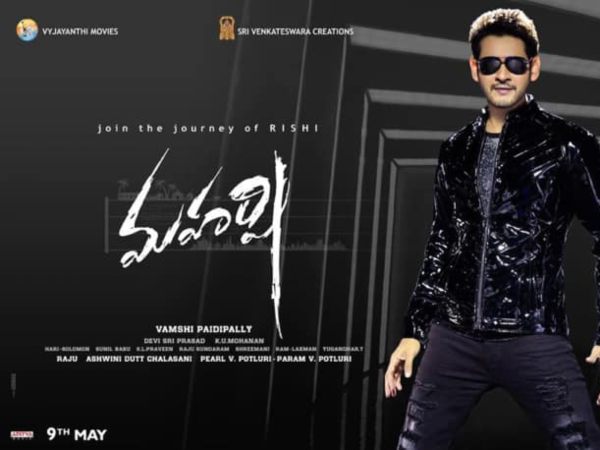