Last year, actor Mahesh Babu became the talk of the town when Bharat Ane Nenu opened to a good response at the box office and received rave reviews from the target audience. The film, directed by Koratala Siva, featured 'Prince' in the role of an efficient Chief Minister and emerged as one of the biggest hits of 2018. With 2018 in the past, Mahesh Babu is currently gearing up for the release of Maharshi. The film, being directed by Vamshi Paidapally, features the star in a new avatar and is slated to hit screens this May.

Now, here is a surprising update about the film. According to the latest reports, the budget of Maharshi has been increased from Rs 90 crore to Rs 130 crore as the film got extended following some 'unexpected problems'. The team initially planned to wrap up Maharshi in around 110 days but ended up taking 150 days and this resulted in a big problem.

The increased budget has made Maharshi a high-risk affair for the makers. In order to be a success, it'll need to open well and then remain stable for an extended period. Given Mahesh Babu's stardom, a good opening is guaranteed. However, the film's fate will ultimately depend on its quality.

Once Maharshi hits screens, Mahesh Babu is likely to begin work on Mahesh 26 which will be directed by F2 fame Anil Ravipudi. The film, touted to be a mass entertainer, features him in the role of an Army officer. 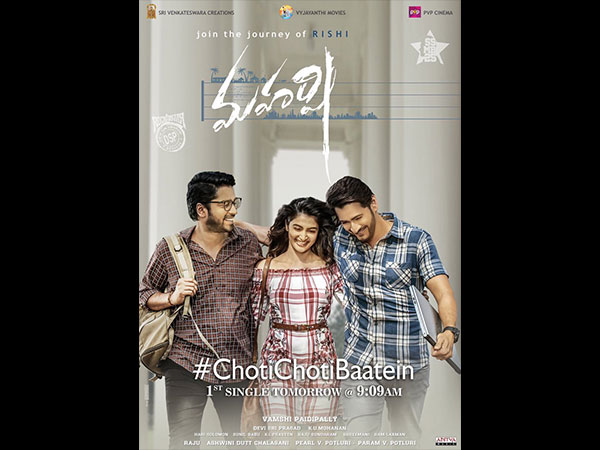 Mahesh Babu's Maharshi First Single: 'ChottiChottiBaatein' To Be Out At 9.09 AM On March 29