Maharshi, the Mahesh Babu movie is expected to take the box office by storm. The film that is one among the big releases of this summer season, has been scheduled to release on May 9th and now, Mahesh Babu fans are all set to receive the teaser of the film. The official announcement regarding Maharshi's teaser release come out with the team revealing that Maharshi's teaser would release on April 06, 2019 at 09:09 AM.

As Maharshi's teaser is nearing its release timeline, here are some of the important records that the teaser would have to break so as to become the No.1 teaser and the target is set for Mahesh Babu fans.

Interestingly, Maharshi has to overtake Mahesh Babu's own Bharat Ane Nenu to script its name in the record list. Bharat Ane Nenu's teaser took the online circuits by storm and had satisfied one and all.

The Record That It Holds

Bharat Ane Nenu's Teaser holds the record for the most viewed Telugu movie teaser within a span of 24 hours. The teaser had received over 8.6 million views within the first 24 hours of release and Maharshi's teaser will have to break this record to become the numero uno.

The Most Liked Teaser

It is Pawan Kalyan starrer Agnyaathavaasi's teaser that holds the record for the most liked teaser within 24 hours of release. Agnyathavaasi teaser had fetched 413K likes and Maharshi teaser would eye that record as well to break.

Will Maharshi Teaser Break These Records?

Mahesh Babu fans have been longing for the release of this teaser. Nothing much has to be written about the scintillating response that Maharshi's first single received. Considering the same hype and the huge buzz, Maharshi's teaser has all the probabilities to rewrite the existing records. 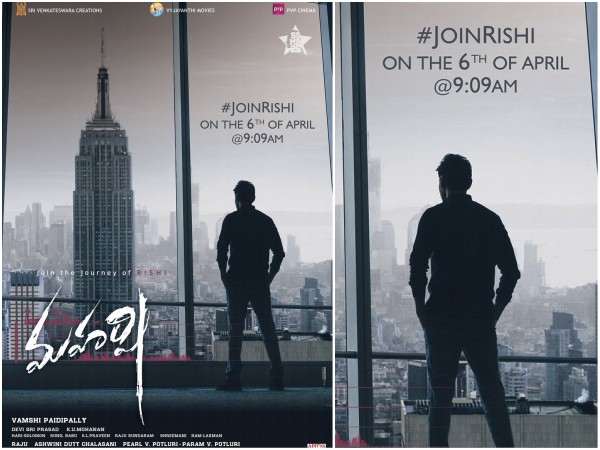