Update: The first single from Maharshi, titled ChotiChotiBaatein, has been released and it is a treat for fans. The number talks about the small joys of life and is quite relatable.

Are you a fan of the much-loved Mahesh Babu, then we have some awesome news in store for you. In an exciting development, the makers of his eagerly-awaited Maharshi have confirmed that that the first single-titled Choti Choti Baatein-- will be released on Friday (March 29, 2019) at 9:09 AM. The song will apparently celebrate the essence of friendship and have a heart-warming feel to it.

Maharshi, directed by Vamshi Paidapally, features 'Prince' in a brand new avatar and this is one of its biggest talking points. The film is likely to touch upon the issue of organic farming and have shades of Srimanthudu. Maharshi features Pooja Hegde as the female lead and marks her first collaboration with 'Prince'.

Recently, Mahesh Babu had spoken about Maharshi and indicated that he is pretty confident about it becoming a hit.

Once Maharshi hits theatres, Mahesh Babu is likely to begin work on Mahesh 26 which will be directed by Anil Ravipudi. The film will feature him in the role of an army officer and have plenty of mass elements. A formal announcement about Mahesh 26 is likely to be made soon. 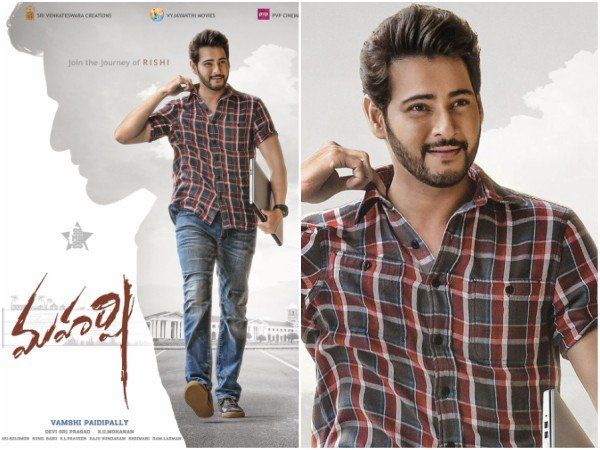