Majili, the first big Tollywood release of the summer, hit screens today (April 5, 2019) amidst much fanfare and opened to a good response at the box office while receiving rave reviews from all corners. The film, directed by Ninnu Kori fame director Shiva Nirvana, marks Yuva Samrat Naga Chaitanya's first collaboration with wife Samantha Akkineni post marriage, which is its biggest highlight. Many in the industry feel that Majili is likely to be the top choice of the family audience, which might help it do well at the box office. Now, in an unfortunate development, Majili has fallen prey to piracy.

Majili has been leaked online by Tamilrockers and is available for 'free download'. The leaked version is reportedly of low quality. Needless to say, the leak is a heartless act, which might ruffle a few feathers.

Not surprisingly, the leak has upset Samantha and Naga Chaitanya's fans big time. Most of them have urged movie buffs to watch Majili in theatres and refrain from supporting piracy. Let us hope that they take note of their pleas and say no to piracy.

Will The Box Office Collections Be Affected?

The year 2018 was a disastrous one for Naga Chaitanya as Shailaja Reddy Alludu and the action-thriller Savyasachi underperformed at the box office while failing to impress critics. This makes Majili a crucial release for him. As the full movie has been leaked, its box office collections are going to be affected big time, which is quite unacceptable.

The notorious gang Tamilrockers is infamous for leaking new movies within hours of their release. Vinaya Vidheya Rama, Yatra and Lakshmi's NTR are just a few movies that became victims of piracy due to the gang. Tamilrockers has also leaked Bollywood movies like Simbba and Ek Ladki Ko Dekha Toh Aisa Laga and proved that it cannot be taken lightly.

Majili is an intense romantic-drama that revolves around how a cricketer's personal life suffers big time following an argument with the coach. Besides Sam and Chay, it also features Divyanka Kaushik in the lead. Actors Rao Ramesh and Posani Krishna Murali too are part of the cast. 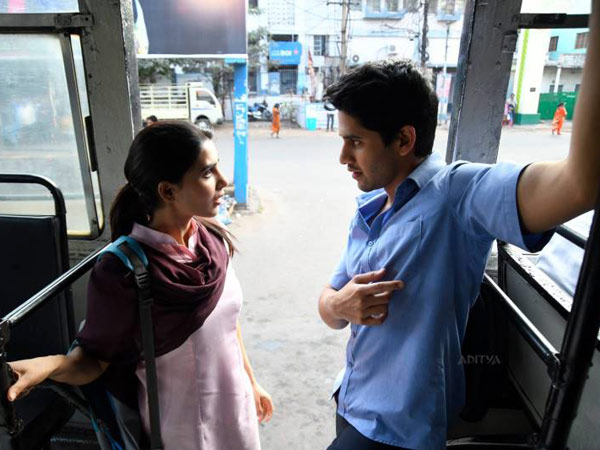