Anushka Shetty, the resident 'Lady Superstar' of Telugu cinema, is gearing up for the release of the eagerly awaited Nishabdham. The film, directed by Hemanth Madhukar, has created a fair deal of buzz among movie lovers and this suggests that things are heading in the right direction. Now, here is some big news for the powerhouse performer's diehard fans. During a recent event, producer Kona Venkat said that the Baahubali 2 actress was not the first choice for the flick and revealed that it was written for another 'female superstar'

He added that the lovely lady took around a week to accept Nishabdham, implying that she chooses projects with utmost care.

"Anushka Shetty was not the first choice for the female lead's role of Nishabdham as I have written the script for another female superstar. When I was returning from Mumbai, I spotted Anushka Shetty on the same flight. Suddenly, the plane had a tire puncture and it has been diverted to Chennai. Meanwhile, I pitched the storyline of Nishabdham to Anushka and it took a week's time for her to give the final signal," added Kona Venkat.

In case, you did not know, Nishabdham is a thriller that features 'Devasena' in the role of a mute artist. Anushka reportedly interacted with differently-abled people in Hyderabad to get into the skin of her character. Savyasachi baddie R Madhavan, Subbaraju and Hollywood's Michael Madsen too are a part of the movie.

Meanwhile, the 'Super' beauty has reportedly already finalised her next. She will soon be teaming with ace filmmaker Gautham Vasudev Menon for a female-centric movie, based on a story penned by Govind Nihalani.

Anushka was also 'in talks' to act opposite Chiranjeevi in Chiru 152, helmed by ace filmmaker Koratala Siva. However, the latest update is that she is no longer being considered for the part. 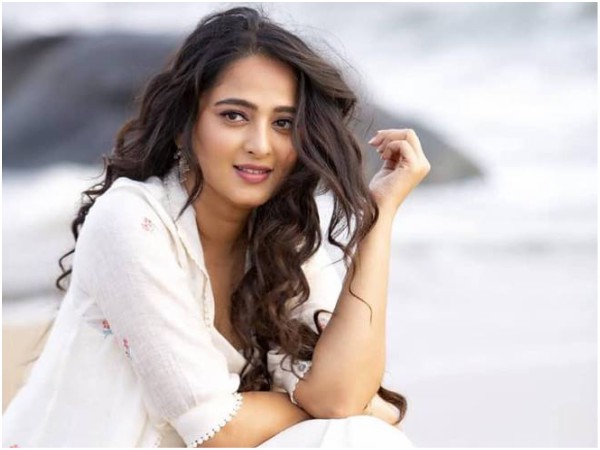