This March, actress Samantha Akkineni became the talk of the town for all the right reasons when Super Deluxe opened to a decent response at the box office and received rave reviews from all quarters. In fact, some fans even called it the best movie of her career. The very next month, she grabbed attention once again when Majili opened to a good response and became a hit. With the films in the past, the 'Akkineni Bahu' is in the limelight due to Oh Baby that hit screens on Friday (July 5, 2019).

According to latest trade reports, Oh Baby collected a share of around Rs 5.21 crore at the AP/TS box office in the first three days and ended its first weekend on a solid note. The film showed good growth on Saturday (July 6, 2019) and Sunday (July 7, 2019), which worked wonders for it.

Last year, Samantha starred in U Turn, the first heroine-centric movie of her career, and tried adding a new dimension to her career. Sadly, the film did not live up to expectations. While it impressed a section of the audience, its box office performance was quite disappointing. The good response to Oh Baby proves that she too is a 'Lady Superstar' in the making.

The WOM Is Decent

The general feeling is that Oh Baby is a pretty fun-filled entertainer that delivers the goods despite its flaws. Sam has been praised for carrying a challenging character with effortless ease. All in all, the WOM is fairly positive and this might help Oh Baby in the long run.

Oh Baby is likely to witness a drop in collections today (July 8, 2019) as it is the first Monday. However, as the WOM is positive, the drop might not be too worrying. All in all, the film is likely to remain relatively stable over the weekend. Enough said! 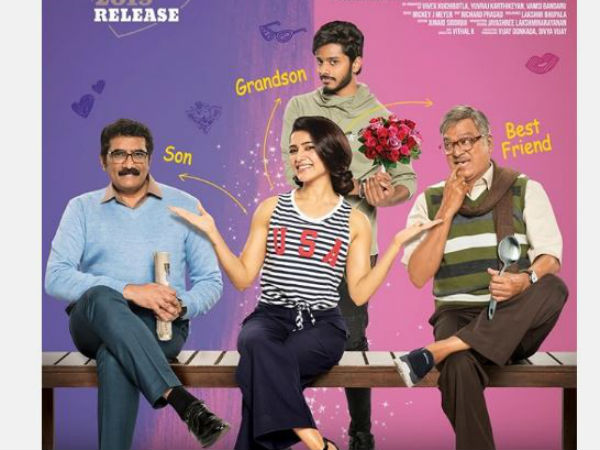