It is no secret the 2019 has been a terrific year for Samantha Akkineni so far. This March, she received some good news when Super Deluxe opened to a decent response at the box office and impressed all and sundry. Thereafter, she grabbed plenty of attention when Majili emerged as a hit and impressed movie goers. The film marked her first collaboration with Naga Chaitanya post marriage and this was its major highlight. At present, she is in the limelight due to Oh Baby that released yesterday (July 5, 2019).

As per initial trade estimates, Oh Baby opened to a good response at the AP/TS box office and exceeded expectations. One is likely to get a clearer idea about its performance once the official figures are revealed.

A Crucial Release For Sam

Last year, Samantha Akkineni added a new dimension to her career when she starred in U Turn, her first heroine-centric film. Sadly, the Pawan Kumar-directed thriller did not live up to expectations. While it received decent reviews, its box office performance was a bit lacklustre. Oh Baby might help her get a solo hit and prove that she is a ‘Lady Superstar' in the making. As such, this is an important release for her.

The WOM Is Good

The general feeling is that Oh Baby is a fairly entertaining and fun-filled affair that has the potential to click with the target audience. Sam has received praise for her performance with most critics saying that she has done full justice to her role. All in all, the WOM is quite positive and this might help Oh Baby in the long run.

Being the only major Tollywood release of the week, Oh Baby is likely to have a free run at the box office over the weekend. As the WOM is positive, the film should witness a major growth in business over the weekend and end its opening week on a solid note. 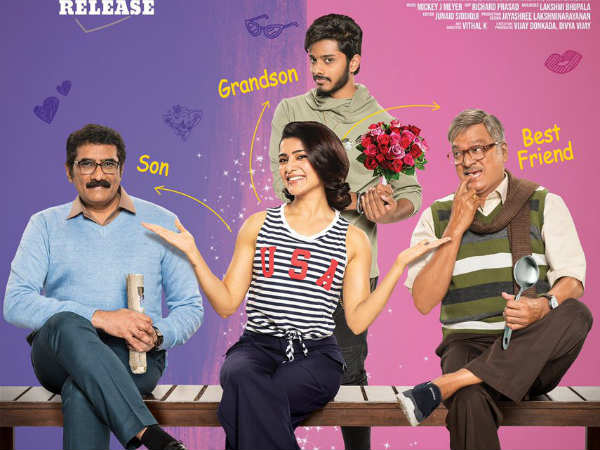