Are you a fan of the much-loved Pooja Hegde? If yes, then we have some surprising news for you. The sultry beauty was recently approached to play the female lead opposite Varun Tej in Valmiki which created a good deal of buzz amongst her fans. However, according to a leading website, the Tollywood's resident 'Jigelu Rani' has turned down the offer due to date issues. Pooja had acted opposite the 'Mega Prince' in Mukunda which was her second Tollywood movie and this makes her decision even more shocking.

Interestingly, Varun Tej has been on a roll of late. He was last seen in F2, featuring Venkatesh as the parallel lead, which opened to a good response at the box office and emerged as a sleeper hit. As such seeing him act opposite Pooja would have been a nice experience for fans.

Meanwhile, Pooja too is going through a terrific phase on the work front. She was last seen in Maharshi which hit screens on May 9, 2019 and opened to a good response at the box office. She currently has Prabhas 20 in her kitty. She will also be seen in Housefull 4 which marks her Bollywood comeback. All in all, her fans have plenty to look forward to in the near future.

So, did Pooja make a mistake by opting out of Valmiki? Comments, please! 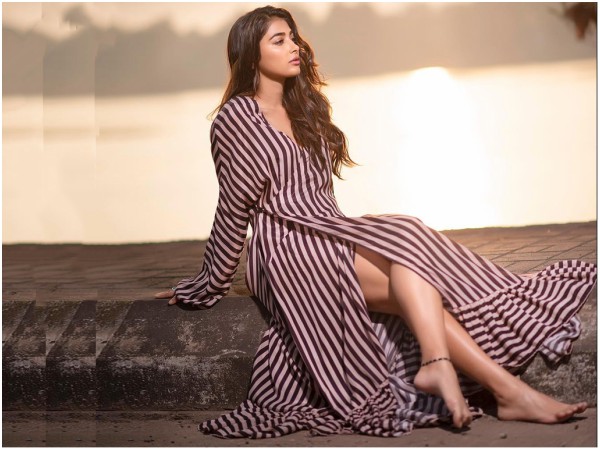 Pooja Hegde Reacts To Shocking Rumour That Has Been Doing The Rounds?