Are you a fan of the much-loved Prabhas? If yes, then here is some surprising news in store for you. According the reports, the hero is not too keen on resuming the shoot of his eagerly awaited 'Jaan', and this has ruffled a few feathers. Apparently, the Baahubali star was supposed to join the sets after returning to Hyderabad from Europe, however, he decided against it and went on another vacation, leaving many in the industry in a state of shock. The buzz is, he'll be turning his attention to the biggie in 2020.

In case, you did not know, 'Jaan' is a romantic-drama that features Prabhas in a new avatar, marking his first collaboration with the ravishing Pooja Hegde. Like Saaho, it'll be shot against a grand budget and get a pan-India release. The Hindi-Telugu bilingual, reportedly, has reincarnation as a central theme and this has piqued the curiosity.

Some time ago, the Aravinda Sametha actress had said that 'Jaan' will be an entertaining experience for movie buffs. She had also said that she was not 'intimidated' by the thought of working with the 40-year

"The director (Radha Krishna Kumar) and producers (Vamsi Krishna and U Pramod) came to me for the narration. It's a thorough entertainer. For me, it was intimidating to work with Hrithik (Roshan) as well. But I managed that fine. I don't look at this film as something that should intimidate me. It's an opportunity to prove myself. Prabhas has done that already, it's my turn now," (sic) she had told a website.

Coming back to Prabhas, he might soon be teaming up with Mirchi fame Koratala Siva for a mass movie, backed by young hero Ram Charan. There have also been some rumours of him potentially teaming up with Geetha Govindam director for a stylish flick.

On the personal side of things, he might be tying the knot after Jaan hits screens. 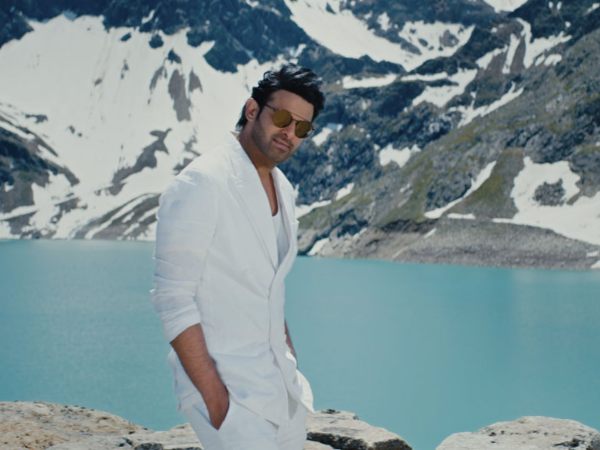