Prabhas, fondly referred to as 'Darling', is arguably one of the most popular stars in Tollywood. He is loved by one and all as he is a humble person and a dedicated performer. Now, the Baahubali hero is in the limelight for a terrific reason. According to reports, Prabhas might soon team up with Sye Raa Narasimha Reddy fame Surender Reddy for a pan-India movie. The buzz is that the noted director has 'promised' to come up with a strong script for the 39-year-old hunk and this suggests things are heading in the right direction.

The grapevine suggests that Prabhas is quite impressed with Sye Raa Narasimha Reddy and feels that Surender Reddy can do justice to his pan-India image. If the two indeed end up collaborating, it is bound to pique the curiosity big time.

In case, you did not know, Sye Raa Narasimha Reddy is a period drama that revolves around the exploits of a 'forgotten' freedom fighter while highlighting an unknown side of the British rule. The film features Chiranjeevi in a brand new avatar that has grabbed plenty of attention. Tamannaah and Nayanthara are paired opposite 'Megastar' in the film, and this is one of its biggest highlights. Actors Sudeep, Vijay Sethupathi, Ravi Kishan, Amitabh Bachchan and Anushka Shetty too are a part of Sye Raa Narasimha Reddy. The film is doing well in the Telugu states, much to the delight of 'Mega' fans.

Coming back to Prabhas, he was last seen in the Telugu-Hindi bilingual Saaho, which did well 'Up North' while underperforming at the AP/TS box office. With the Sujeeth-directed movie in the past, he is set to turn his attention to Prabhas 20, rumoured to be titled 'Jaan'. The film, featuring Tulu girl Pooja Hegde as the leading lady, is being directed by Jil fame Radhakrishna Kumar and will most probably hit screens sometime next year. It is likely to have a universal plot.

So, do you think Surender Reddy will be able to do justice to Prabhas's mass hero image? Tell us in the space below. 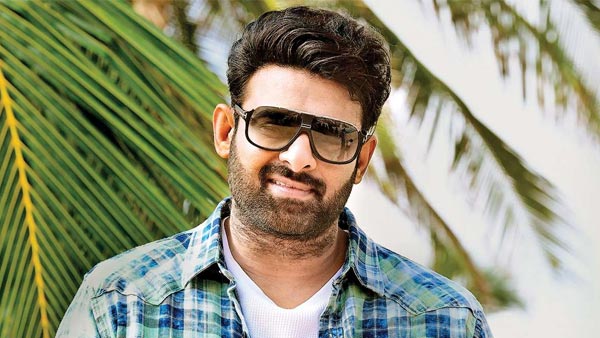