Ram Charan, one of the most popular young heroes in Tollywood, recently bagged the 'People's Entertainer Par Excellence' award at a prestigious function and this gave his supporters a reason to rejoice. Shortly after bagging the honour, he spoke about Mega fan Noor Mohammad's death and said that 'Bhai' was a part of the family. Recalling his association with him, the Yevadu hero stated he was an 'inspiration' for all Mega heroers. Mr C also dedicated his award to the late fan and this grabbed plenty of attention.

"He is a great person and he has inspired me and my father for 12 years (since he was as an actor). Unfortunately, he was the one of oldest fan members of my family. He passed away this morning. It is a sad day and I am honoured on this day. I feel he got me this award. Fans made all of us actors and actresses. So I dedicate this award to Noor Abbajan," (sic) he added.

On the professional front, the 'Mega Power Star' was last seen in the much-hyped Vinaya Vidheya Rama, which bombed at the box office and failed to impress critics. He is currently shooting for the eagerly awaited RRR, directed by SS Rajamouli. The magnum opus stars Jr NTR as the parallel lead and this has piqued the curiosity. Bollywood actress Alia Bhatt, Irish beauty Olivia Morris and Ajay Devgn too are a part of the cast.

RRR is slated to hit screens in next year. 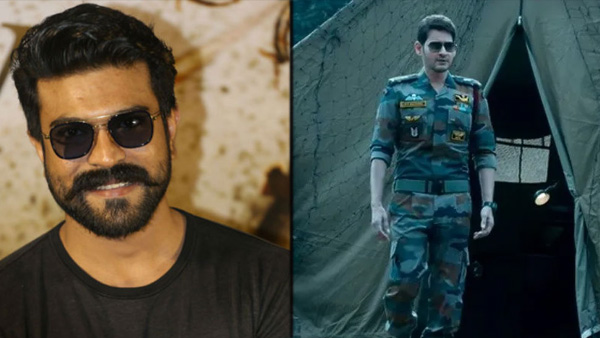