Ram Gopal Varma, one of the most controversial directors in Tollywood, is currently in the limelight due to his latest film Lakshmi's NTR which has emerged as a runaway hit at the box office. The film, revolving around the relationship between NTR and his second wife Lakshmi Parvathi, has heavy political undertones as it projects the current Andhra Pradesh Chief Minister Chandrababu Naidu as a 'vennupotu' while touching on the infamous Viceroy House incident.

With Lakshmi's NTR winning hearts, RGV has once again made a shocking remark about CBN and his family. In his post, the Antham director said that Jr NTR and not Nara Lokesh is the true heir to the TDP which ruffled a few feathers.

All truly real and realistic honest fans of NTR and @tarak9999 should cast their vote only after seeing @ncbn in #LakshmisNTR ..@naralokesh is a false heir to @jaiTDP and only true heir is the fantastic @tarak9999
who should be the only true honest future of TDP

As expected, this explosive comment created a buzz on social media and resulted in a debate between fans.

NT. Jr @tarak9999 can get @JaiTDP Telugu desham party in his hands if TDP defeat in this election. Because in 2025 @ncbn become almost 80,@naralokesh don't have knowledge, capacity, charisma to build TDP. So,inevitably NTR. Jr get his right what he should be get from NTR. Sr.

I just seen all the comments And watched the movie though Is this the society we are living in..??

We are not voting for NTR.. we are voting for @ncbn .. we are concerned about what happened.. we just need CBN as our CM for our state development

It will be worth watching if the Young Tiger reacts to RGV's controversial remarks. Meanwhile, Tarak is currently shooting for RRR which is an SS Rajamouli movie and also has Ram Charan in the lead. 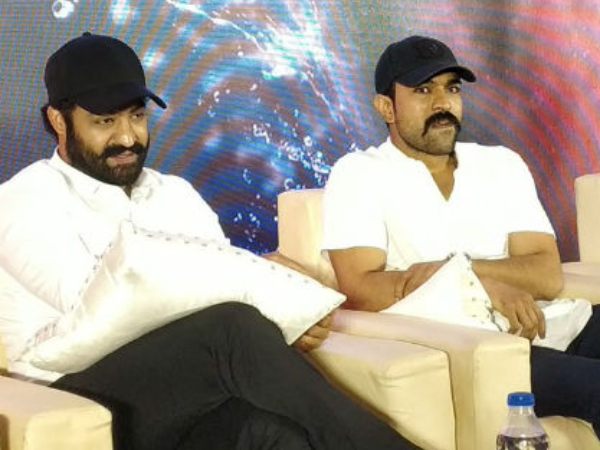 Ram Charan And Jr NTR To Draw Inspiration From This Bollywood Star?