Last year, Rashmika Mandanna became the talk of the town for all the right reasons when Geetha Govindam opened to a phenomenal response at the box office and emerged as a runaway hit. The film, released on Independence Day, saw the Kodava girl act opposite Vijay Deverakonda and win hearts with her innocent yet naughty on-screen antics. Thereafter, she made an impact in Devadas even though the movie underperformed at the box office. With her career shaping her quite well, Rashmika is in the news for an unexpected reason.

During a recent chat with the media, Rashmika spoke about her Geetha Govindam days and made a rather surprising revelation about director Parasuram. Speaking about a funny incident, she said that he once pulled a prank on her which reduced her to tears.

"One day, I was a little late on the sets of Geetha Govindam. When I reached on the sets. No one talked to me and embarrassed me. I was not able to understand that what was happening on the stes, I sat down and started crying. Later Parasuram came to me and told me that it was just a prank and they did it to capture my natural sad expressions."

A Good Year So Far

The year 2019 began on a terrific note for Rashmika as her big Sandalwood release Yajamana opened to a good response at the box office and received good reviews from the target audience. Moreover, the film premièred on Amazon Prime a few days ago and created a buzz in the digital space as well.

Rashmika is currently awaiting the release of Dear Comrade which marks her second collaboration with Vijay Deverakonda. The film, directed by Bharat Kamma, has already created a great deal of buzz amongst fans due to its gripping teaser and this might help it emerge as a hit when it eventually releases in theatres. Rashmika also has the Kannada movie Pogaru in her kitty. 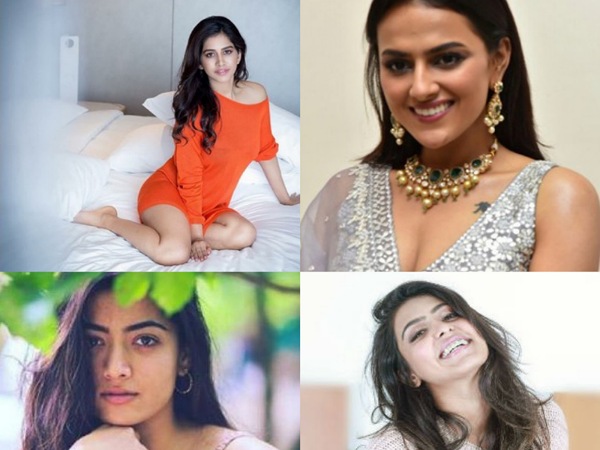 Rashmika Mandanna To Shraddha Srinath, Sandalwood Actresses Who Moved To Other Film Industries