Actor Balakrishna, the undisputed 'Nata Simha' of Telugu cinema, will soon be seen in the eagerly awaited Ruler, directed by KS Ravikumar. The film, marking the mass hero's second collaboration with the top director, has already created a great deal of buzz amongst movie buffs and this indicates that things are headed in the right direction. Now, here is a big update on Ruler. According to reports, its Ceeded rights have been sold for Rs 5.5 crore, a career-best for Balakrishna.

Ruler, previously known as 'NBK 105', marks Balakrishna's return to mass cinema after nearly two years and this seems to have worked in its favour. The film has also piqued the curiosity with its posters. Moreover, the positive response to NBK and KS Ravikumar's Jai Simha, which collected around Rs 5 crore in Ceeded, too seems to have indirectly done the trick for Ruler, making it hot property in the region

Interestingly, none of the recent biggies has reached even break-even in Ceeded. In fact, the Pan-India flick Saaho and Mahesh Babu's Maharshi are considered to be colossal disappointments in the area. As such, Balakrishna's big achievement might end up haunting him in the long run.

Coming back to Ruler, it is a masala entertainer that features Balakrishna in two different avatars. The film has 'Legend' beauty Sonal Chauhan and Vedhika as the leading ladies. It is likely to feature plenty of 'paisa vasool' action sequences. Ruler is slated to hit screens this December.

Meanwhile, Balakrishna has already finalised his next film. After Ruler hits screens, he will begin work on his film with mass director Boyapati Srinu, being referred to as 'NBK 106'. The movie, touted to be a commercial entertainer, features the veteran actor in a youthful look, which might take Tollywood by storm. Bollywood actor Sanjay Dutt might be roped in to play the baddie in NBK 106 and might add a new dimension to the film. 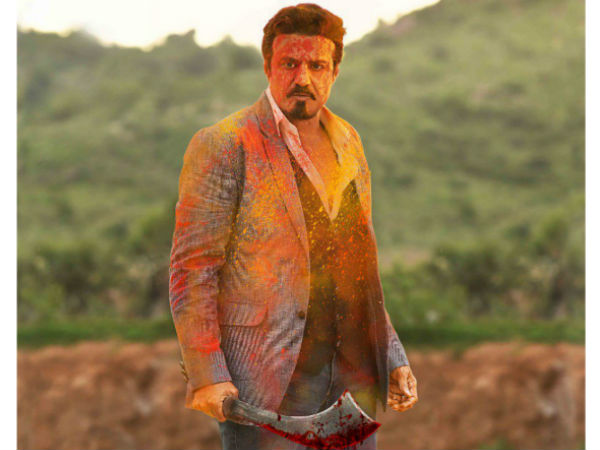 Ruler: Balakrishna And KS Ravikumar's Movie To Have A Ghajini Touch?