The much-loved Balakrishna will soon be seen in the eagerly awaited Ruler, featuring him in a new avatar. The film, helmed by KS Ravikumar, has grabbed plenty of attention due to its powerful teaser and this indicates things are heading in the right direction. Now, here is some big news for 'N' fans. The film's trailer is going to be released on December 8 at 8.19 AM. The buzz is that it will be a massy affair, featuring plenty of action sequences and punch dialogues.

In case, you did not know, Ruler is an action-drama and stars 'Nata Simha' in the role of a ferocious cop. It features Vedhika and Sonal Chauhan as the heroines, suggesting it'll be high on glamour.

Some time ago, it was reported that the 'Vijayadasami' girl would be locking lips with Tollywood's resident 'Legend' and this piqued the curiosity. However, the team soon clarified that the news was not correct.

Meanwhile, Balakrishna recently grabbed the spotlight when he supported the encounter of those accused in the Disha rape and murder case and compared the police to 'god'.

"God has come in the form of police and punished all the culprits responsible for the heinous crime. I hope this will become a lesson to all and I convey my hearty wishes to the Telangana government and the Police Department," (sic) he said.

Coming back to the Nata Simha's professional commitments, he will soon be beginning work on his movie with Boyapati Srinu, being referred to as NBK 106. The film, featuring the mass hero in a new avatar, reportedly has some iconic 'elevation' scenes, which might make it a paisa vasool affair. The grapevine suggests that Bollywood star Sanjay Dutt will be playing the baddie in this one, which has created a buzz in Tollywood.

So, are you looking forward to the reel NTR's upcoming movies? Comments, please! 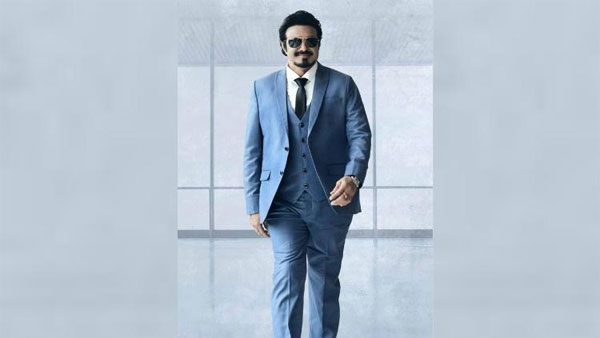 Balakrishna To Lock Lips With Vedhika In Ruler? Here's What We Know