Actress Samantha Akkineni, one of the biggest names in Tollywood, will soon be playing a key role in 'The Family Man Season 2', and this has piqued the curiosity. During a recent event, the actress spoke about being a part of the show and said that she is 'excited' about adding a new dimension to her career. The 'Akkineni Bahu' also hinted that it the potential to help her bag Bollywood projects in the near future.

"I am doing the series The Family Man, so I think that's my first step (towards the Hindi film industry). I enjoyed being a part of The Family Man a lot. I am very happy that season one got a lot of appreciation. I am enjoying working with the team of the show and I can't wait for a new set of audience to see my work," she added.

In case, you did not know, The Family Man Season 1, featured a solid performance from Manoj Bajpayee, which clicked with all and sundry. It starred Priyamani as the leading lady and worked wonders for her career. Actors Kishore and Sharib Hashmi too were a part of the cast. The second season is likely to be more gripping than the first one. The buzz is Samantha will be seen playing a terrorist from Hyderabad and has already picked up 'Hyderabadi' Hindi/Urdu.

Meanwhile, the 'U Turn' beauty is awaiting the release of the Telugu remake of Vijay Sethupathi and Trisha's 96. The film, touted to be a romantic drama, has her paired opposite Sharwanand, which has grabbed plenty of attention. It is likely to hit screens in February 2020.

Some time ago, it was rumoured that she is pregnant with her first child. However, she is yet to formally/directly react to this hot piece of gossip.

So, will Sam be able to impress fans with her act in 'The Family Man Season 2'? Comments, please! 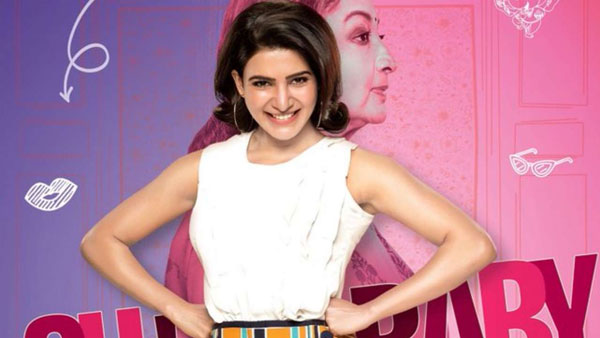