Are you a fan of the much-loved Samantha Akkineni? If yes, then we have some big news for you. According to a leading daily, the talented actress was offered the lead role in the Hindi remake of the Kannada hit 'U Turn', however, she refused to take it up, leaving everyone in a state of shock. The 'Akkineni Bahu' had starred in the film's Tamil and Telugu remakes and impressed movie buffs with her rocking act. Many feel, she said 'no' to the Bollywood version as she did not want to reprise the role again.

The buzz is, the makers are now planning to approach Taapsee Pannu for the ambitious remake. The Anando Brahma actress, who became a pan-India star post the Hindi film Pink, is regarded as a powerhouse performer and this makes her a good choice.

In case, you did not know, U Turn was a mystery thriller that featured Jersey fame Shraddha Srinath in the role of a reporter/intern, who investigates a series of 'accidents'. Actors Dileep Raj and Radhika Chetan too were a part of the cast.

Coming back to Samantha, she recently grabbed a great deal of attention when she refused to 'celebrate' the encounter of those accused in the Disha rape case.

"It is wrong to say that there is happiness in the encounter but I also believe that currently fear is the only solution. There are about 3 crore pending cases in our courts and when the time is for justice then it will going to take so long. I hope that this is a wakeup call to fix our judiciary system and law," she had said.

On the professional side of things, she is currently working on the Amazon Prime original 'The Family Man Season 2', featuring Bollywood actor Manoj Bajpayee in the lead. She also has the Telugu remake of Vijay Sethupathi and Trisha's Tamil hit 96 in her kitty. 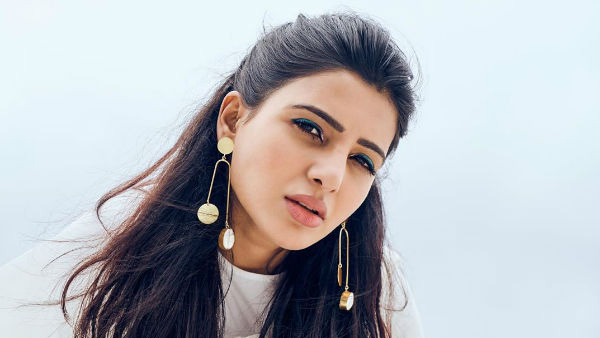 Samantha Akkineni Skipped ANR National Awards 2019 Due To This Reason?