Some time ago, it was rumoured that Samantha Akkineni would be playing the female lead in Pawan Kalyan's comeback film, a remake of the Bollywood hit movie Pink, and this gave cinemagoers a reason rejoice. Now, in a shocking development, the Manam beauty has reportedly refused to take up the project. Interestingly, she recently also said 'no' to the Hindi remake of U Turn as well, which implies she might not be interested in doing too many 'female-centric' films.

In case, you did not know, Pink starred Taapsee Pannu and Amitabh Bachchan in the lead and emerged as a surprise hit. It revolved around the harassment faced by women while highlighting that 'no means no'. The social-thriller was remade in Tamil as Nerkonda Paarvai, which raked in the moolah while impressing fans. The Telugu version, which might feature some mass elements, is likely to be as hard-hitting as the original. As such, many folks feel Sam made a mistake by rejecting the offer.

Meanwhile, the 'Akkineni Bahu' recently grabbed plenty of attention when she decided against 'celebrating' the encounter of those accused in the Disha rape and murder case. She also said that she initially refrained from commenting on the issue as it made her realise, she had done little for the welfare of women.

On the professional side of things, the young lady is awaiting the release of the Telugu remake of Vijay Sethupathi and Trisha's 96, which has her paired opposite Sharwanand. The film, backed by Dil Raju, is likely to arrive in theatres in February, 2020.

Sam is also working on the Amazon Prime Original 'The Family Man Season 2', featuring Bollywood actor Manoj Bajpayee in the lead. The buzz is, she will be playing a terrorist and this has piqued the curiosity, The inside talk is, the show has the potential to establish her as a pan-India star. 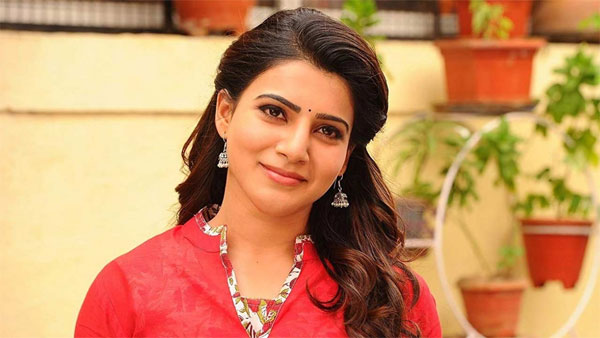 Samantha Akkineni On The Family Man Season 2: Can't Wait For A New Set Of Audience To See My Work