Samantha Akkineni ranks as one among the most popular actresses of the Telugu film industry. She is one among those very few actresses who could ride a film on her own shoulders. Even after her marriage with Naga Chaitanya, she has been quite active in the film industry.

Chay and Sam form a very lovely couple and most recently they were seen together in Majili, which turned out to be a commercial success. While Samantha is awaiting the release of her next movie, rumours came up that she is pregnant and that too on the grounds of a shocking reason. The rumours surfaced when Naga Chaitanya fondly addressed Samantha as baby, during the teaser launch of the film.

At the same time, rumours fuelled further when Samantha Akkineni changed her Twitter id as Baby Akkineni. Baseless rumours spread like wildfire that the actress is pregnant with her first child.

Now, Samantha herself has come up with a clarification and she has responded to those rumours in style. The actress took to her Twitter account to share one such news that was doing the rounds. At the same time, she has also written a sarcastic note, which is read as "Damnnn ....... is she ? When you find out please let us know" - (sic). 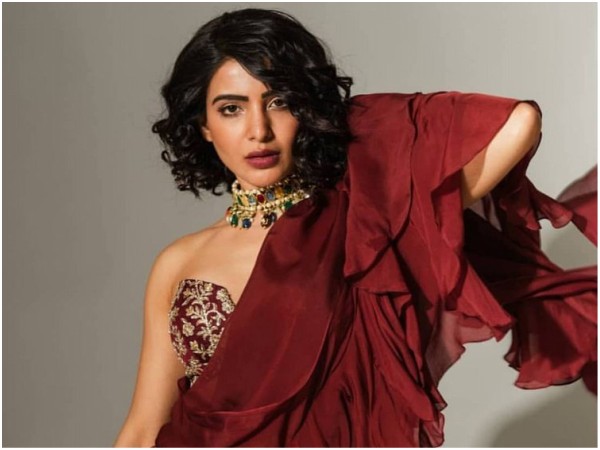 READ: Samantha Akkineni's Remuneration For This Movie Will Leave Everyone Shocked?