Shriya Saran is arguably one of the most desirable actresses in Tollywood. During her fairly eventful career, she has acted with some of the biggest names in the industry-right from 'Darling' Prabhas to Balakrishna-- and proved that her mettle. The Paisa Vasool lady is also pretty active on social media and shares exciting videos quite frequently, which has made her the sweetheart of 'Gen Y' fans. Now, Shriya has taken Instagram by storm with a bold and stunning video, which might set temperatures soaring.

Shriya Turns Up The Heat

Shriya recently posted a clip in which she is seen enjoying herself in a pool while flaunting her tresses. As expected, the ageless beauty looks too hot to handle and proves that she is one bindass person.

Not surprisingly, the actress's sultry new avatar grabbed plenty of attention with several movie buffs going weak in the knees. However, a few trolls made some unsavoury comments,which ruffled a few feathers.

In case, you did not know, Shriya tied the knot with Russian tennis player Andrei Koscheev in 2018 and added a new dimension to her life. The wedding, held as per Rajasthani traditions, proved to be a sweet affair, attended by near and dear ones. During the festivities, Shriya's beau floored her by reciting some romantic lines in Urdu and his created a buzz among those in attendance.

Shriya was last seen playing yesteryear actress Prabha in NTR Kathanayakudu, which under-performed at the box office. She has the Gautham Menon-produced Naragasooran in her kitty. However, there's no clarity on its release date.

Recently, it was also rumoured that the Sivaji diva was in talks to reprise Mollywood star Manju Warrier's role in the Telugu remake of Dhanush's Tamil hit Asuran, to be made with Venkatesh in the lead. However, an announcement about her association with the film has not been made yet. 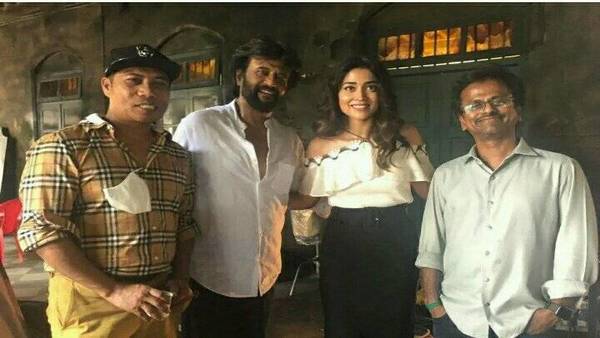