There's no denying that 2019 has been a fairly eventful year for fans of Telugu cinema. The much-hyped biggies Saaho and Sye Raa Narasimha Reddy grabbed plenty of attention in the international market, helping Indian cinema scale new heights. Similarly, Maharshi exceeded expectations and proved that Mahesh Babu is still the man to beat. With 2019 coming to a close, here is a look at Tollywood flicks that collected over Rs 100 at the worldwide box office.

Saaho, featuring Prabhas, grossed Rs 400 crore at the box office and helped 'Darling' prove his star power. The Sujeeth-directed action-thriller, released in four languages (Hindi, Telugu, Tamil and Malayalam), underperformed in the Telugu states but exceeded expectations 'Up North', which helped it win the 'perception battle'. Its closing share was around Rs 200 crore.

Sye Raa Narasimha Reddy, directed by Surender Reddy, grossed close to Rs 240 crore, giving Chiranjeevi fans a reason to rejoice. The period-drama, fared pretty well in the Telugu states, benefiting from the Gandhi Jayanti break. Sadly, its dubbed versions (Hindi, Tamil, Malayalam and Kannada) sank without a trace, and this ruffled a few feathers. Its closing share stood at around Rs 143 crore.

Mahesh Babu's Maharshi, featuring him a stylish avatar, ended its box office run with a gross of Rs 190 crore, impressing the target audience. The Vamshi Paidipally-helmed drama also received praise from the Vice-President of India Venkaiah Naidu, which worked in its favour. The film's closing share was around Rs 107 crore, indicating it was a big hit.

The Sankranti release F2, starring Varun Tej and Venkatesh, grossed around Rs 140 crore at the ticket window, leaving fans stunned. It apparently clicked with moviegoers due to its fun-filled narrative and lively presentation. It managed to collect a share of nearly Rs 80 crore, creating a great deal of buzz for the right reasons. 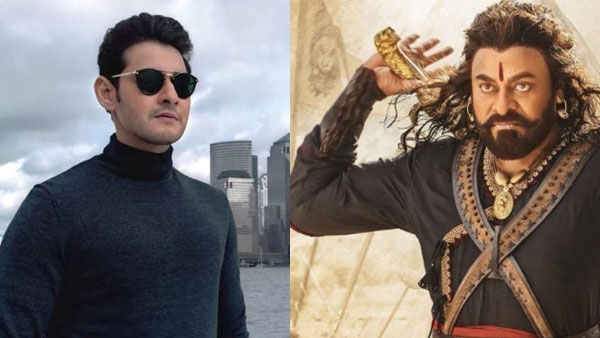