Sye Raa Narasimha Reddy has done a stunning business on its first week in the release centres across the globe. Reportedly, the movie has collected a share of over Rs 100 crore, which is indeed a big achievement. The Chiranjeevi starrer has joined the league of Telugu movies in the prestigious 100-crore club. Importantly, Sye Raa Narasimha Reddy has turned out to be the eighth Telugu movie to join the list. On this note, here we take you through the other Telugu movies that collected a share of over Rs 100 crore at the worldwide box office. 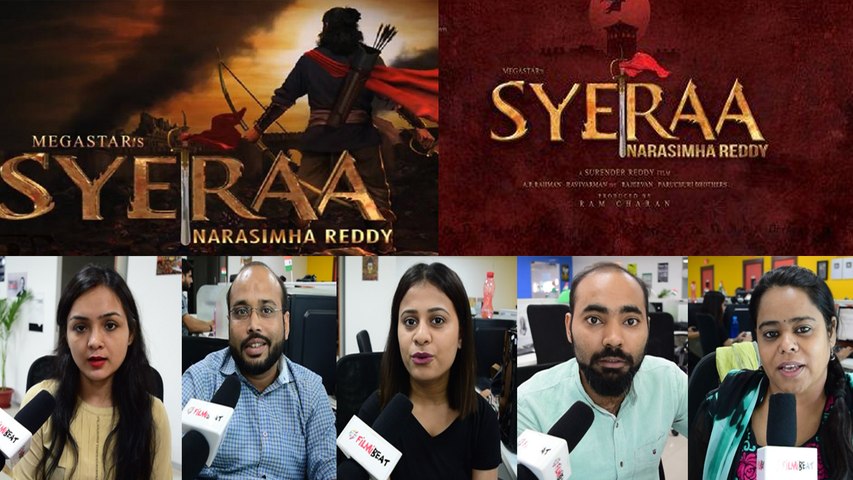 Baahubali was the film that introduced the elite club to the Telugu film industry. The film, which released in 2015, enjoyed a stellar run in theatres, all across the globe. The SS Rajamouli directorial did strong business in North India as well.

Khaidi No.150, which marked Chiranjeevi's comeback to films after a long break, did a commendable business in theatres. The movie, which released in 2016, emerged as a strong hit at the box office and marched to the 100-crore club within no time. The film is expected to have collected a share of Rs 102 crore in its final run.

Baahubali 2, which released in 2017, was bound to break all the box office records and it rightly did so. The biggest-ever hit in the history of Telugu cinema is not only the proud member of the 100-crore share club but also is the topper in the list by miles.

Rangasthalam, the Ram Charan starrer, directed by Sukumar, was a film that won both critical and commercial success. The movie emerged as the first film of Ram Charan's to go past the 100-crore share mark at the worldwide box office.

Maharshi turned out to be the second film of Mahesh Babu's to enter the club. The film, which had a good run in theatres, is expected to have collected a share of over Rs 107 crore in its final run in theatres.

Saaho, the big-budget venture of Prabhas, went on to make an entry to the 100-crore club in the first week itself. The Hindi version of the film also did a good business.