Samantha Akkineni, one of the most popular stars in Telugu cinema today, is currently gearing up for the release of the eagerly-awaited Majili. The film, directed by Shiva Nirvana, marks her first collaboration with husband Naga Chaitanya post marriage and this is its biggest highlight. During the Majili pre-release event, Nagarjuna wished his son and daughter-in-law good luck for the movie and spoke about their love story. While pulling Chay's leg, 'King' ended up revealing a few naughty secrets and left everyone in splits.

Nags About Chay And Sam's Affair

While talking about Sam and Chay's courtship days, he said that the two fell in love with each other while shooting for Ye Maya Chesave but did not share the good news with their respective families immediately. He added that he was completely 'bamboozled'' when he realised that they were in love.

"Love blossomed between Chaitu and Sams during Ye Maya Chesave. I thought the pair was good looking at that time. But, I never knew what was brewing between them. They completely bamboozled me," he added.

He went on to add that his dog was the first one to know about the affair which left the audience in splits for the right reasons.

"Once, Samantha came to my house. During that time, my pet dog went running to her. I remarked with a surprise, 'How did she know Samantha?' Samantha remarked, 'It knew me very well mama''. This shows that the dog first found out Sams-Chaitu's love affair and then it exposed the same to

A Winner On The Cards

Samantha and Naga Chaitanya made a good pair in films such as Ye Maya Chesave and Manam. The trailer suggests that Majili is going to be an intense romantic-drama. As such, one can expect their chemistry to be even more intense this time around which might make Majili a superb experience for fans.

So, are you looking forward to Majili? Tell us in the space below. 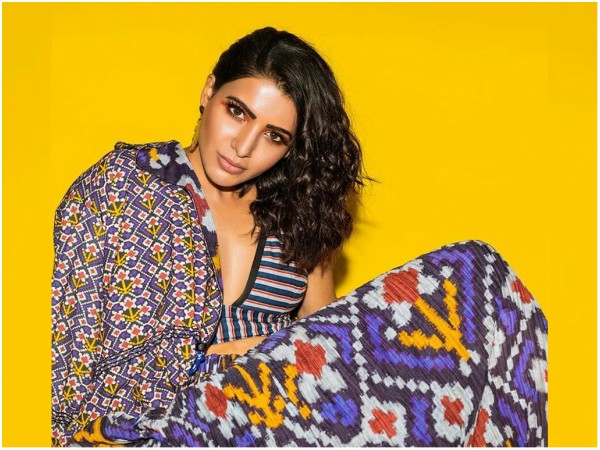