Mahesh Babu is beyond any doubt, one of the biggest and most popular names in Telugu cinema. The much-loved mass hero enjoys a strong fan-following due to his good looks, humble nature and dashing screen presence. Now, he is in the limelight for an awesome reason. In an exciting development, 'Prince' took to Twitter and praised last week's big release, Venky Mama while congratulating Venkatesh and Naga Chaitanya for hitting it out of the park with their crackling chemistry.

"#VenkyMama is a thorough entertainer. Really enjoyed every bit of it. #Venkatesh garu and
@chay_akkineni
light up the screen with their Mama-Alludu chemistry 👌 A perfect blend of emotions, comedy and family values. Congratulations to the entire team," (sic) he tweeted.

In case, you did not know, the film is an action-comedy that features plenty of commercial elements. The Bobby-helmed flick opened to a good response at the box office on December 13 and exceeded expectations despite receiving mixed reviews. Many feel, its good performance bears testimony to the Guru actor and Chay's star power.

Interestingly, some time ago, 'Yuva Samrat' had said that working on Venky Mama was a good experience as he played a 'memorable' character.

"Both my uncles (Suresh Babu and Venkatesh) and director Bobby made my character in the film a memorable one for me and I thank them for this," he had told a leading daily.

Venky Mama stars Payal Rajput and Raashi Khanna as the leading ladies and is a crucial release for them.

Coming back to Mahesh Babu, he is awaiting the release of Sarileru Neekevvaru, directed by F2 fame Anil Ravipudi. The film, touted to be an action-entertainer, stars Rashmika Mandanna as the heroine and this has piqued the curiosity big time. Actors Prakash Raj and Vijayashanti too are a part of the Sankranti biggie.

Sarileru Neekevvaru is slated to arrive in theatres on January 11, 2020, a day before Allu Arjun and Pooja Hegde's Ala Vaikunthapurramloo. 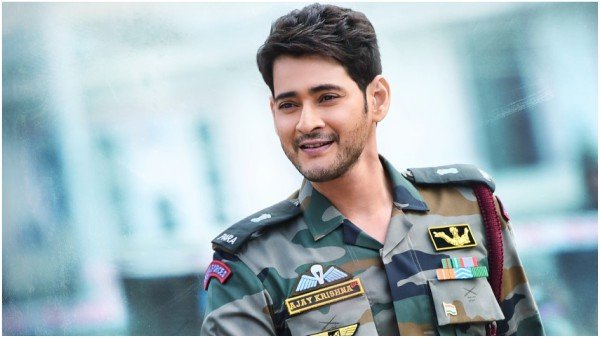