Vijay Deverakonda, the one and only 'Rowdy' of Tollywood, enjoys an enviable fan-following due to his bindass nature and electrifying screen presence. Now, here is some awesome news for the 30-year-old's diehard fans. The NOTA hero recently announced that the Deverakondas have shifted to a plush new apartment in Jubilee Hills, giving 'Comrades' a reason to rejoice. He described the new abode as his father's 'pride', which created a great deal of buzz on social media.

"Her happiness His pride Our new home! Sending you all lots of love from the 4 Deverakondas - you've all been a part of this journey with us," (sic) tweeted Vijay Deverakonda.

The grapevine suggests that the house is worth Rs 15 crore and comes with a host of impressive facilities. If this is indeed the case, it bears testimony to Vijay Deverakonda's meteoric rise in the industry.

The actor, who rose to fame with Pelli Choopulu, became a household name with his stunning portrayal of the titular character in the 2017 hit Arjun Reddy, which ruffled a few feathers due to its bold content. He consolidated his standing with Geetha Govindam, which indirectly helped him become a top star and give his family this sweet moment.

On the professional side of things, Vijay Deverakonda was last seen in the box office dud Dear Comrade, which marked his second collaboration with Rashmika Mandanna. He will next be seen in the romantic-drama World Famous Lover, slated to hit screens in February 2020. The Kranti Madhav-directed flick has four heroines (Aishwarya Rajesh, Raashi Khanna, Catherine Tresa and Izabelle Leite) which seems to have piqued the curiosity.

Vijay Deverakonda is also working on a film with noted filmmaker Puri Jagannadh, being referred to as 'Fighter'. It reportedly features him in a massy and 'desi' avatar that might leave movie buffs stunned. 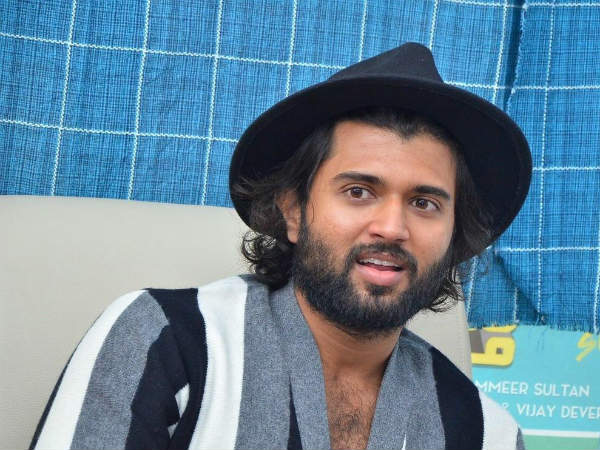