The charming Vijay Deverakonda is beyond any doubt, one of the most popular young stars in Telugu cinema today. Now, here is some big news for his diehard fans. According to a leading website, the 'Rowdy' is all set to play Sobhan Babu in the eagerly awaited Thalaivi, revolving around former Tamil Nadu Chief Minister J Jayalalithaa's life. He will most probably be appearing in the scenes highlighting 'Amma's contribution to the film industry.

Jayalalithaa and Sobhan Babu were close friends and had tremendous respect for each other. As such, the Geetha Govindam hero is likely to have a meaty role in the much-hyped biopic.

In case, you did not know, Thalaivi features Bollywood actress Kangana Ranaut in the titular role and is being shot against an impressive budget. The film, directed by Abhibnetri 2 fame AL Vijay, is being filmed simultaneously in Tamil and Hindi, making it a prestigious movie for all concerned. Arvind Swamy (as MG Ramachandran) and Prakash Raj (as M Karunanidhi) too are a part of the cast.

A few days ago, it was reported that Balakrishna is being considered to play the legendary Sr NTR in the magnum opus and this piqued the curiosity. The grapevine also suggests that Jr NTR was also offered the role but he said 'no'.

Coming back to Vijay Deverakonda, he was last seen in Dear Comrade, which turned out to be a dud. He is awaiting the release of World Famous Lover, featuring him in a new avatar. In it, he is paired opposite four lovely ladies (Raashi Khanna, Aishwarya Rajesh, Catherine Tresa and Izabelle Leite), which has grabbed plenty of attention.

He is also working on a film with mass director Puri Jagannadh, being referred to as 'Fighter'. The inside talk is that the Paisa Vasool director might make it a Telugu-Hindi bilingual, launching the NOTA star in Bollywood. 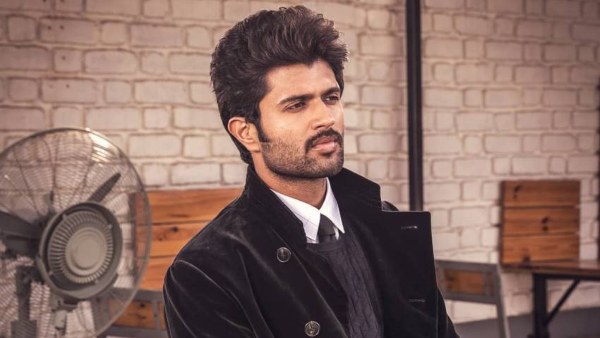 Puri Jagannadh To Launch Vijay Deverakonda In Bollywood? Deets Inside!