The year 2020 turned out to be the good one for Telugu film industry as two big Sankranti releases, Allu Arjun's Ala Vaikunthapurramloo and Mahesh Babu's Sarileru Neekevvaru, became blockbusters at the box office. After the humongous success of SS Rajamouli's Baahubali franchise starring Prabhas in the lead role, the movies of the Stylish Star and Superstar have also entered the list of most profitable Telugu films of all-time.

On this delightful note, let's have a look at 5 most profitable Telugu movies here.

Allu Arjun and Pooja Hegde-starrer comedy-drama Ala Vaikunthapurramuloo has become the highest-grossing film of 2020 in Tollywood. Released on the occasion of Sankranti, the film's theatrical rights were sold at Rs 85.44 crore and it made a profit of Rs 75.88 crore. Eventually, the Trivikram Srinivas' directorial venture, Ala Vaikunthapurramuloo topped the chart of the most profitable Telugu movie.

After delivering blockbuster Arjun Reddy in 2017, Vijay Deverakonda became the favourite of filmmakers. Right after Arjun Reddy's success, Vijay was getting many film offers and Geetha Govindam is one of them. Also starring Rashmika Mandanna, the romantic film made a profit of Rs 55.43 crore after selling the theatrical rights at Rs 15 crore.

Venkatesh, Tamannaah Bhatia, Varun Tej and Mehreen Pirzada starrer romantic-comedy F2 - Fun and Frustration is the third addition to the list. The 2019 film got a solid response from the masses as well as critics. Directed by Anil Ravipudi and produced by Dil Raju, F2's theatrical rights were sold at Rs 34.5 crore and made a profit of Rs 50 crore.

The 2018's super hit film Rangasthalam, starring Ram Charan and Samantha Akkineni, was loved by critics as well as the audience. The film had a solid buzz before its release and as expected, it made an outstanding business at the box office. Directed by Sukumar, Rangasthalam made a profit of Rs 47.52 crore after its theatrical rights were soldat Rs 80 crore.

Apart from Ala Vaikunthapurramuloo, another Sankranti release starring Mahesh Babu and Rashmika Mandanna in the lead role, Sarileru Neekevvaru performed exceedingly well at the box office. After the sell of theatrical rights at the big prize of Rs 99.30 crore, Superstar Mahesh Babu's Sarileru Neekevvaru managed to earn Rs 44.96 crore profit. 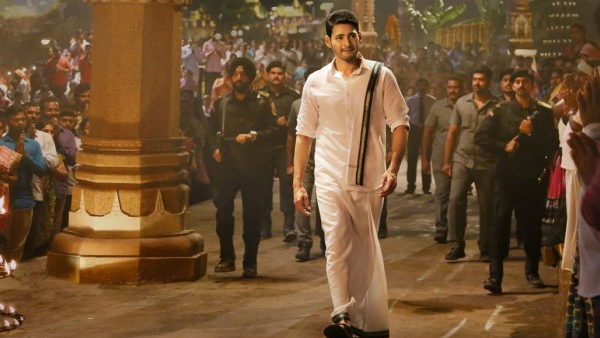