Megastar Chiranjeevi's 152nd film Acharya has been in the news since its inception. On August 22 (Chiranjeevi's birthday and Ganesh Chaturthi), makers released the first look poster of Acharya featuring the Megastar in a rowdy avatar. The poster was loved by all, but got trapped into copyright controversy.

A couple of writers named Rajesh and Kanneganti Anil Krishna alleged that the makers of Acharya copied their stories. Rajesh had come out to media and said that the story of Acharya is lifted from the story, he narrated to the production house, Mythri Movie Makers. The writer reportedly filed complaints in Director's associations and Telugu writer's association and seeks to be given credit.


On the other hand, Kanneganti Anil Krishna claimed that he registered the story titled Punyabhoomi in Writer's Association in 2006. He alleged that the motion poster of Chiranjeevi's Acharya is inspired by the episode of Dharmasthali written by him. However, Acharya makers didn't respond to his allegations then.

But now, Matinee Entertainment shared a press release in which they claimed that Acharya is an original story, written and conceptualised by director Koratala Siva.


The press note reads, "We wish to inform everyone that Acharya is an original story written and conceptualised by Koratala Siva alone. Any claims that the said story is a copy is baseless!

It was only recently, on the occasion of Megastar Chiranjeevi's birthday on August 22, that the title look poster of Acharya was launched. It gathered great love and support from all sections of the society. As the hype reaches its zenith, a couple of writers have now made false claims with respect to the story of the film.

We have kept the story of the film confidential and only select few people are aware of what it is all about. It is absolutely ridiculous that claims are being made based on the motion poster alone! We'd like to clear that this is an original story. It is unacceptable to defame a reputed filmmaker like Koratala Siva. In fact, the claims which are being made are unfounded and seem to be based on the speculative and rumoured stories in the print and electronic media. Therefore, any claims with respect to the story are completely baseless, false and are made solely on assumptions.

Acharya movie is presented by Konidela Productions Company and produced by Matinee Entertainment. The film is presently being shot.

Acharya is one of the most anticipated films and its release is eagerly awaited. We are making all efforts to complete the movie at the earliest and present it to the audience."

Also Read : Here's Why Ram Charan Decided To Do Extended Cameo In Chiranjeevi's Acharya!
On a related note, Acharya also stars Kajal Aggarwal as the female lead while Ram Charan in a cameo appearance. The film is expected to release once the Coronavirus pandemic ends. 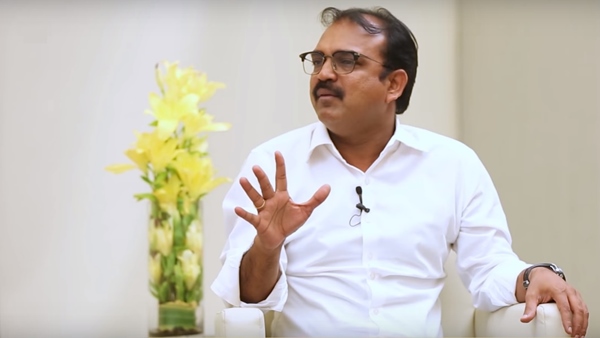