Pragathi Mahavadi, known for her character roles in movies and daily soaps recently opened up about a miserable incident that took place during a shoot. The actress recounted about a comedy artist of the industry misbehaving with her on a movie set. Pragathi revealed the unfortunate ordeal during a recent interview with a YouTube channel. She said, "The comedian was very nice to me all through the years. But one fine day, I felt that his behaviour was inappropriate towards me on the sets of a movie. I was not able to digest his behaviour and the cheap talks." The actress also added that she had questioned the artist for his ill behaviour. "I told him that I could not tolerate his cheap and vulgar talks," the 90 ML actress said.

Well, her stand against the artist has received tremendous response on social media, with many supporting her, while the others asking her to reveal his name.

On a related note, Pragathi's recent dance video along with her son went viral on the internet. The mother-son duo appeared in a lungi and shirt, grooving on Thalapathy Vijay's Vathi Coming song. Her graceful performance got a tremendous response from the netizens. The actress is usually seen sharing her workout regime and glimpses from her personal life on social media.

Pragathi Mahavadi has proved her acting tactics in Tamil and Malayalam movies and soaps. She was introduced by Bhagyaraj as an actress in Tamil film Veetla Visheshanga(1994). The actress was recently seen in Telugu movie 90 ML starring Kartikeya Gummakonda and newbie Neha Solanki. Helmed by Sekhar Reddy and bankrolled by Ashok Reddy Gummakonda, Pragathi appeared as Neha Solanki's mother in the romantic thriller. 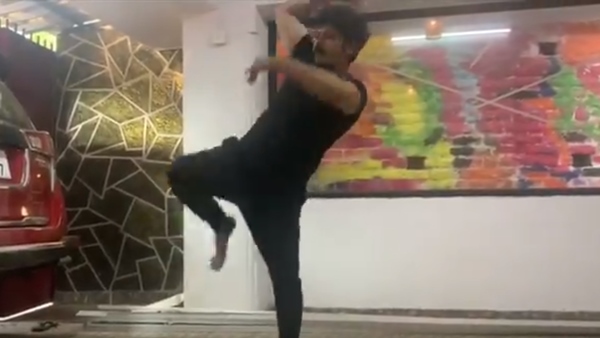