Vijay Deverakonda starrer World Famous Lover's trailer released last week and as expected, it's getting a solid response from the masses. Also starring Raashi Khanna, Aishwarya Rajesh, Catherine Tresa and Izabelle Leite, WFL is in buzz for many reasons.

Recently, at the pre-release event of World Famous Lover, Vijay Deverakonda and Aishwarya Rajesh's fun-banter caught everyone's attention. Aishwarya, who is playing Deverakonda's wife in the film, addressed the 'Arjun Reddy' actor 'garu' on the stage.

In the above video, Aishwarya can be seen calling Vijay 'Garu' to which he gave a shocking reaction and said 'WT*'.

Later, when Vijay went on the stage for his speech, he told Aishwarya, "why did you being so formal on stage." Well, as we all know, Deverakonda is known for his candidness and his fans know how he delivers his speeches. 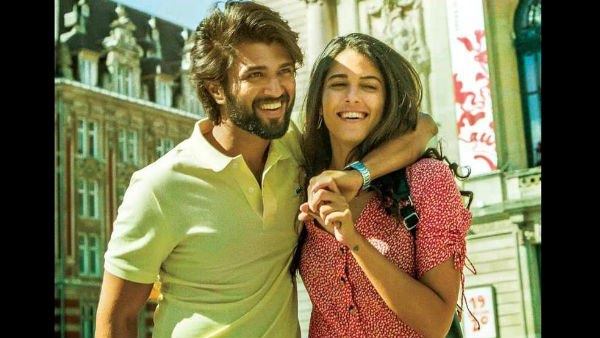