RX100 director Ajay Bhupathi recently announced his next film titled Maha Samudram. The filmmaker cast Sharwanand after Naga Chaitanya reportedly walked out of the film. Ajay had earlier planned to rope in Naga Chaitanya and Samantha Akkineni for the film. But after Chaitanya's exit, the director is now reportedly planning to replace Samantha.

A report published in a leading portal suggests that Ajay Bhupathi is planning to cast World Famous Lover actress Aishwarya Rajesh opposite Sharwanand in Maha Samudram. If reports are to be believed, the director feels Samantha and Sharwanand's pairing could affect the film's business, as they had recently featured together in a flop film, Jaanu. Hence, he doesn't want to take any risk by pairing the duo again. However, there is no official confirmation about the same.


Talking about Maha Samudram, the film is touted to be an intense romantic action drama which will be released in Telugu and Tamil. The production house AK Entertainments had released a statement about the film which read, "The title Maha Samudram sounds interesting and promises to be a well-packaged entertainer. Ajay Bhupathi has written a powerful yet stunning script that presents Sharwanand in a challenging role. The actor is excited to kick-start the proceedings."

Also Read : Not Aditi Rao Hydari, But Sai Pallavi Approached For Maha Samudram?
Sharwanand will start filming for Maha Samudram soon after he wraps up his other untitled bilingual film. He will also be seen in Keeravani and Sreekaram. Talking about Ajay Bhupathi's first film RX100, it stars Kartikeya Gummakonda and Payal Rajput in the lead roles. The film is being remade by Milan Luthria in Hindi. The Hindi remake of RX100 stars debutant Ahan Shetty and Tara Sutaria. 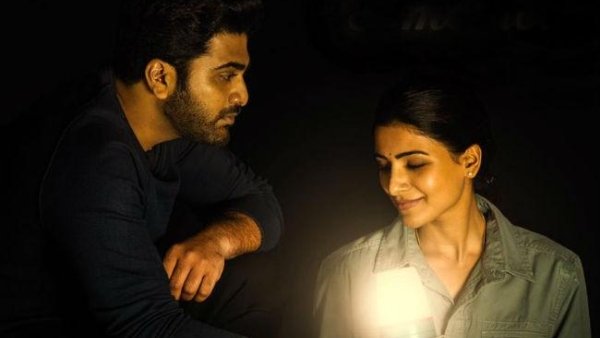