Fans have declared Ala Vaikunthapuramloo a blockbuster by supporting the movie in theatres for the past one week. The film has just crossed the 100 crore mark on its seventh day at the box office and Allu Arjun and Pooja Hegde, the film's leads, have much cause to celebrate. Not only that, the film even broke even in its worldwide collections.

The Allu Arjun and Pooja Hegde starrer's collection exceeded Rs 4 crore domestically, in the Andhra Pradesh and Telangana region. Its worldwide collection was over Rs 7 crore on the seventh day.

The film's total box office collection of the entire week is over Rs 83 crore domestically, whereas its total worldwide collection is over Rs 104 crore. Ala Vaikunthapuramloo has crossed 100 crores in its worldwide share collection, and has matched up to its competition, Sarileru Neekevvaru.

Ala Vaikunthapuramloo has been helmed by Trivikram, and co-produced by S. Radha Krishna and Allu Aravind. Apart from Allu Arjun and Pooja, the film also stars Tabu, Jayaram, Nivetha Pethuraj, Murali Sharma, Navdeep and others. 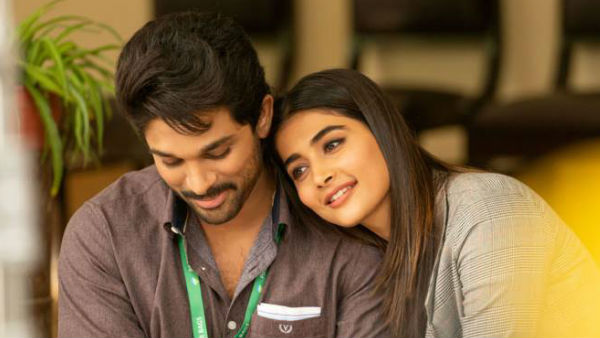