Allu Arjun recently delivered his career's biggest hit in 2020. His film Ala Vaikunthapurramloo turned out to be a blockbuster as it has completed its 50 days run in theatres. After the success of Ala Vaikunthapurramloo, the Stylish Star is getting big offers from the producers but he's being very wise before giving a nod to any maker.

In this video, one can see, how Allu Arjun is giving major father goals by spending precious time with daughter Allu Arha. Despite having a busy schedule, Allu knows his priorities. The Stylish star and his daughter Arha's funny video is indeed filled with cuteness. 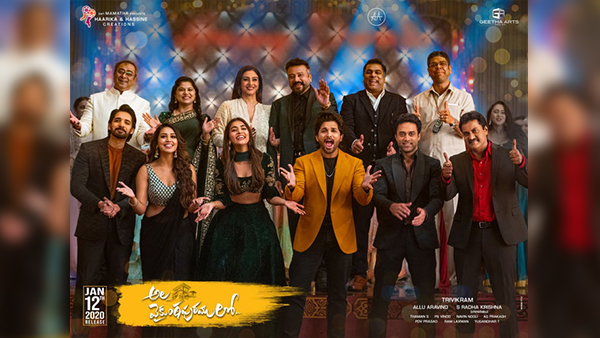 Directed by Trivikram Srinivas, Allu Arjun's Ala Vaikunthapurramloo also stars Pooja Hegde, Tabu, Sachin Khedekar, Nivetha Pethuraj, Sushanth and others. The film, produced by Allu Aravind and released on January 12, 2020, on the occasion of Sankranti.